Something strange is going on here on planet Earth...and maybe beyond.
I have my doubts that there are many, if any people, who don't have at
least some sense that something is wrong, very wrong..and getting worse.
It's as if the world is coming apart at the seams...earthquakes are coming
in ever increasing waves, volcanic activity is rising, the sun is rebelling,
geomagnetic storms are hitting the planet.

In the arena of societal concerns, the picture is no prettier. The world
economy is failing, sovereign national stability is eroding, wars continue,
new ones are plotted out. Threats, failed negotiations and short tempers
between national leaders are pushing closer and closer to a disastrous
perfect storm of international hostility. The word "terrorist" is hot on
everyone's lips and yet that shadowy bogeyman seems to be undefinable,
as increasingly more petty offenses begin to be labeled as "terrorism".
The common man feels oppressed, depressed, worn out with stress and
at his wits end to provide the necessities for himself and his family.

The worse it gets, the less anyone cares for anyone but themselves...
it's a world of frightened, confused, self absorbed children watching as
the world melts around them and unable to comprehend why. There are
multitudes of theories and explanations ranging from complete states of
denial to fantastically contrived new age guesses.

The "experts" of scientific fields such as seismologists would have you
believe that there is really no great increase in earthquake activity...
what Seems like an increase is simply the result of better reporting...
or increased population making earthquakes more hazardous when they
occur. This is one of those cases where it's time to put away the expert
opinions and take a long hard common sense look at reality. The mere
fact that there are enough people posing a question about increased
earthquakes to an extent that would necessitate any response or excuse
from the "experts" is enough to realize that something is being observed
in reality by great numbers of individuals that needs answering to.
When we can see that it's raining outside, are we really blind enough to
accept the report of the weatherman on TV that it is a clear sunny day?

Now to the other side of the coin...many people are predicting a great
"change" of one type or another in 2012 and hence conclude that the
chaos we see in the world now is the prelude to that event. The great
trend toward the 2012 mania derives from the most elementary of silly
mistakes...but because people who dive into theories like this rarely
research what it is they've accepted as truth, it persists and builds
momentum through myriads of seemingly "well educated" individuals
presenting a multitude of shody evidences which are both confounding
and impressive to their audience.

The so-called 2012 prophecy relies on two things...processional cycles of
the equinoxes and a supposed Mayan"prophecy"...without getting very
technical and long winded, it comes down to this: there is no prophecy...
the Mayan calendar is just that..a calendar. Just like the calendar hanging
on your wall, it ends at a certain date which is the beginning of the new
year...the Mayan calendar just happens to be longer than yours.

The Mayan calendar ends at the beginning of the new precessional cycle of
the equinoxes...one might argue that the beginning of a new cycle brings
about a cosmic shift, well let's say it does, there is still a major problem in
that the 2012 theorists have founded their entire assumption off of a precise
date at which the cycle ends and to know this, one must know the Exact
length of one Great Year...except they don't.

You will, in fact, not even find mainstream scientists who agree between
themselves on the exact length of one Great Year and so the theories on
the amount of time between cycle shifts vary greatly. Some would say we
have been in the age of Aquarius for some decades, others would tell you
it is not for centuries to come. A serious obstacle to correctly calculating
the length of a Great Year is that nearly all who attempt to calculate it use
a faulty base theory on how precession itself takes place.

Like any other situation going on in the universe, it would seem that
mankind will look absolutely everywhere for an answer but the correct
source. The phenomena we are seeing as global chaos on various fronts is
known scripturally as the "labor pains"...the series of tribulous events which
increase if frequency and extremity until the breaking point is reached...
the day of wrath.

And you will hear of wars and rumors of wars. See that you are not troubled
for all must come to pass. But the end is not yet, for nation will rise against
nation and kingdom against kingdom and there will be famines, pestilences,
and earthquakes in various places. All these are the beginning of sorrows.
Then they will deliver you up to tribulation and kill you and you will be hated
by all nations for My name's sake. And then many will be offended, will betray
one another, and will hate one another. Then many false prophets will rise up
and deceive many. And because lawlessness will abound, the love of many
will grow cold, but he who endures to the end shall be saved.
- Matt. 24:6-13

And there will be signs in the sun, in the moon, and in the stars, and on the earth
distress of nations, with perplexity, the sea and the waves roaring, men's hearts
failing them from fear and the expectation of those things that are coming on the
earth, for the powers of the sky will be shaken. Then they will see the Son of Man
coming in a cloud with power and great splendor.  Now when these things begin
to happen, look up and lift up your heads, because your redemption draws near."
- Luke 21:25-28 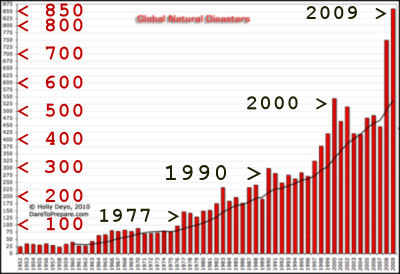 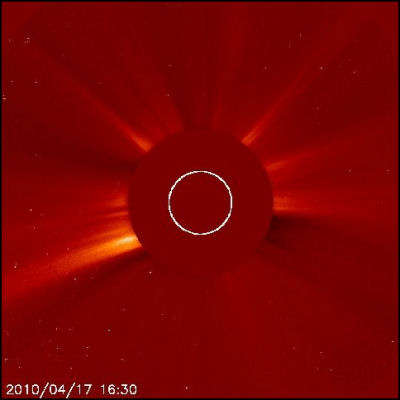