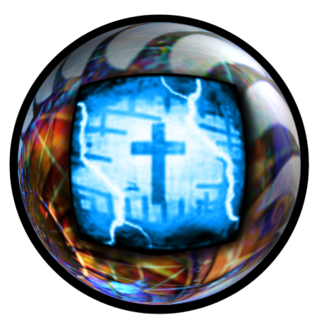 Choose Between The Rock & the Hard Place

Yahushua said to them, "Have you never read in the scriptures, 'The stone that the builders rejected has become the chief cornerstone. This was Yahuwah's doing and it is marvelous' " - Matthew 21:42

Of all the beliefs, opinions, theories and ideologies i have heard out of the mouths of all kinds of people, all over the world, i have not yet heard anyone try to tell me that we exist in a perfect world. If there is nothing else everyone can agree on, we can at least all agree that this is a problematic world, rife with suffering, injustice, violence, selfishness, greed and sadness.

Though the most optimistic philosophies might counter with pointing out the "good side of life"... love, hope, generosity and compassion... in the end, even the most optimistic mind, when perfectly honest with itself, is left feeling a deep dissatisfaction with what is greatly underestimated as the imperfection of this world.

It is pointless to imagine that one day with enough "enlightenment"... with evolutionary steps forward, with greater technology or education, people might begin to behave themselves. History is enough of a teacher to dash all hopes of mankind spontaneously becoming some kind of super-benevolent creature who will do "right"all by themselves.

As time goes on, people grow colder, more selfish, less inclined to help a neighbor or show mercy. Wars increase, generosity decreases, emotional continence erodes into childish mind sets, morality becomes more and more subjective... and eventually a non-issue altogether. Let's be honest... we all know it's not right... we all know it ought to be different... it should be better... a deep void in the spirit of every person cries out for a state of genuine goodness and fulfillment, a paradise lost.

How is it that the answer could have been there all along, the remedy already secured... and there are still so many who will not (or can not?) comprehend it? We have fallen... we have lost paradise, and each individual who dwells in this earth can appropriately look in the mirror for the one to blame. The truth is, there are no good people... there are no such things as naturally righteous sinners. If one small sin was the only sin that had ever been committed anywhere, in all creation... it would have been sufficient to corrupt, entirely, all of perfection.

But the world just doesn't see sin this way any longer... in fact, a sinful creature so hates the burden of responsibility for their own actions, that the very word "sin" has all but been stricken from the common vocabulary. We all want to believe in our own goodness... we want to believe we have what it takes... that we're decent, that we are valuable and our existence is an asset to others. It's wishes like those that lead the world, instead of running for a remedy to their condition...to deny they have a condition at all.

You have a Creator. That Creator is Perfect Righteousness, Perfect Justice, Perfect Truth and Perfect Love. He did not design a problematic creation, with countless flaws and inevitable suffering. He designed a perfect creation, but the law of perfect love is that by its very nature, it can not be compulsory. There must be a choice to love in order for such a thing to be genuine... and that is sadly where creatures have gone wrong. The free will choice to obey or disobey our Creator comes with consequences... you are free to make any choice you like... but the result of a bad choice is anything but without cost.

He has not been unfair in warning His creation... the wages of sin is death. Like unlearned and careless children, we who have dealt with a sin nature tend to want to do the moral equivalent of smashing our toys to pieces... stomping on the pieces... setting fire to them and then angrily wailing at our Parent for the loss we feel when we have nothing left but ashes. We do not deserve pity after all this... but astonishingly enough, He has pity for us.

If a person was fortunate enough to have the sort of friend who one day pulled him from a burning building, though it cost that friend his own life, that person would naturally and rightly feel overwhelming gratitude... perhaps some guilt and certainly a loving memory of that friend that would endure for the rest of his days. We have a Messiah who has suffered and given His life, to not just save temporary, mortal lives, but Eternal ones.

A Savior who came to pull sinners from unquenchable hellfire... the Humble, Selfless Act of a Creator Who has no obligation for humility or debt owed to any creature. So why does the world say no to Him? Why crawl and scratch and stumble our way through an existence that remains empty and pointless in spite of scrambling for fleeting moments of euphoria?

The world responds this way to Him because they are literally in a state of sin-blindness. Among one of the most unsearchable of mysteries is the ability of the sinning mind to deny and accept based upon the feelings involved in what is denied or accepted - whether or not it flies in the face of every evidence to the contrary... but i conclude that with His intervention all things are possible, because every day, the dying, wretched, unclean masses find hope and forgiveness, and the peace of knowing they have a secure future in the Incredible act of Mercy of Yahushua.

If you have never known Him... don't let the day go by before you honestly ask yourself what the consequences of ignoring this truth will be for you if it is indeed The Truth. Will you forfeit your eternity for what you can get here and now... or will you Seek the Remedy before it's too late?