I'm sure there will be more to add later. I have not watched the broadcast ceremony...only found images from it, so i don't know they context of the images i'm posting but they are interesting nonetheless. Images are from - http://www.huffingtonpost.com/2012/08/12/closing-ceremony-2012-photos-london-olympics_n_1770807.html#slide=more244367 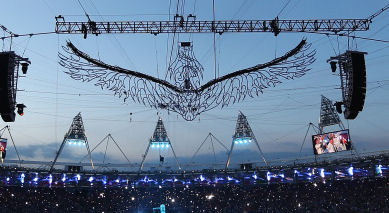 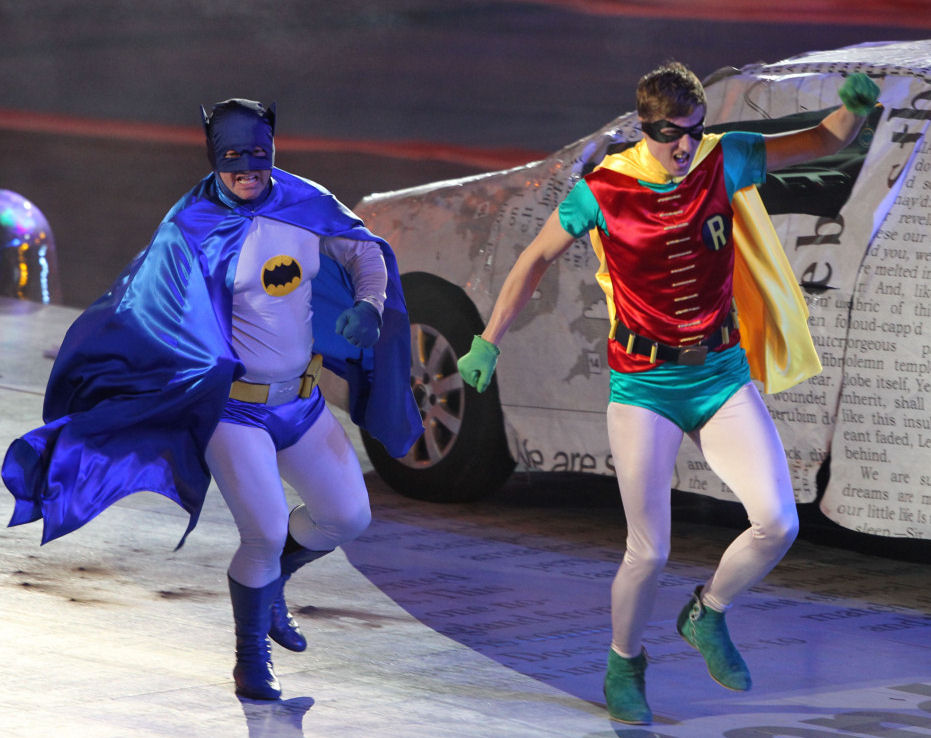 A rather mocking reference easily seen here in the text 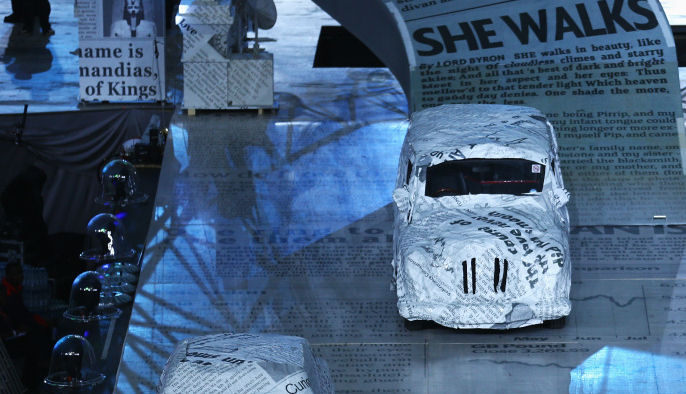 Do not miss the significance of a small, easily missed piece of text showing on the left hand side with an image of a man in royal garb on newsprint. What you can read says "(n)ame is mandias of Kings"  This little bit is from a poem (or actually two competing poems) written by Horace Smith and Percy Shelley. Here it is in its entirety by Horace Smith -

IN Egypt's sandy silence, all alone,
Stands a gigantic Leg, which far off throws
The only shadow that the Desert knows:—
"I am great OZYMANDIAS," saith the stone,
"The King of Kings; this mighty City shows
"The wonders of my hand."— The City's gone,—
Nought but the Leg remaining to disclose
The site of this forgotten Babylon.

We wonder,—and some Hunter may express
Wonder like ours, when thro' the wilderness
Where London stood, holding the Wolf in chace,
He meets some fragment huge, and stops to guess
What powerful but unrecorded race
Once dwelt in that annihilated place.
– Horace Smith.

Thanks!  I been waiting for the imagery .... the opening ceremony was unbelievable!

This site gives a run down of the symbolism of the closing ceremonies and their meanings...

You need to be a member of Symbolic Imagery to add comments!