Just putting it all out there at her 70th birthday runway show...
The pink playboy bunny... AKA the Beta alter 'sex kitten'.

And, of course, in the color of Envy.. straight up Cash.

Carnival mask covered in coins is a thoughtfully creepy touch...

Finally, a Manson-esque model in black swings twin pyramid purses down the runway...

Playboy is a known Beta alter institution.. i think we all know the significance of the 'bunny' in terms of its symbolism of Ishtar, AKA Easter, and her position as 'The Goddess'.. and the iconic "Playboy Bunny" symbol represents the Beta alter.. Check out these images from the magazine Hugh Hefner - who incidentally earned his degree in Psychology from the University of Illinois in 1949 - founded:

Next up, a disturbing Monarch Beta cover featuring Linda Beatty whose alter name was Linda Carpenter in the movie Apocalypse  Now, where she acted as a playmate on a USO tour during Vietnam.. a poster of this has been spotted hanging in the Playboy mansion, where Betas gather.. dated August 1976. 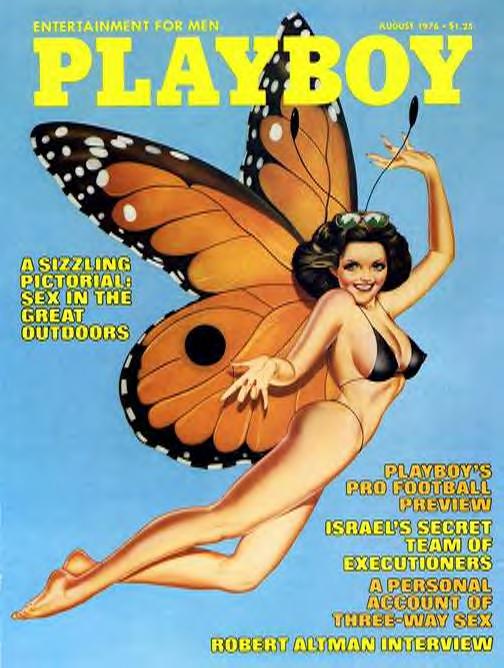 Another Monarch-specific cover..  June 1980, one Monarch above, one Monarch below in this photo featuring Dorothy Hoogstraten AKA Dorothy Stratten.. tragically murdered two months later, in August 1980, at age 20. 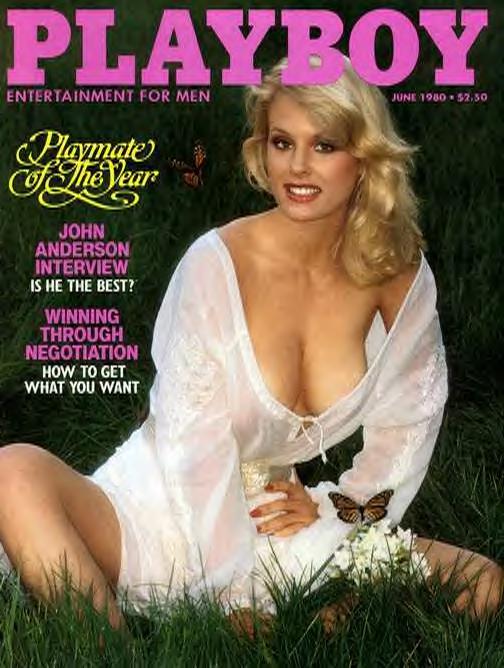 Playboy is a pornography publication.. but there is obviously at least ONE thing more important to Playboy than nudity - the fractured Beta psyche, which is depicted here on this 1971 cover.. After all, why else would a pornography magazine put anything other than nudity on the cover? 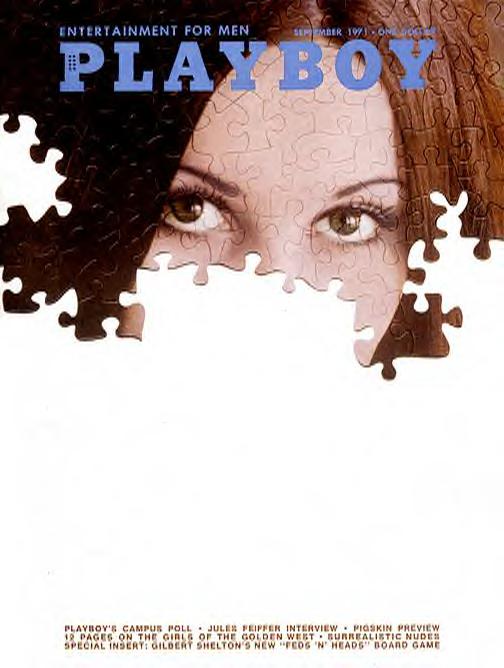 Here we see the rabbit, the mirror/twin, the eye and 666 all wrapped up in one black and white trigger scheme of a cover.. 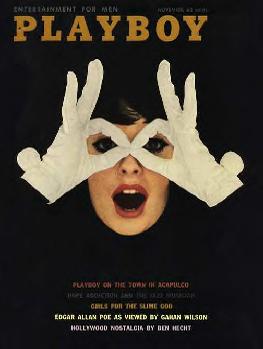 The 'V Symbol' and the 'Left Eye' are used here.. notice the model is being controlled by an unseen hand(ler) and is looking at the Playboy Bunny ring.. a nod to the Trigger. 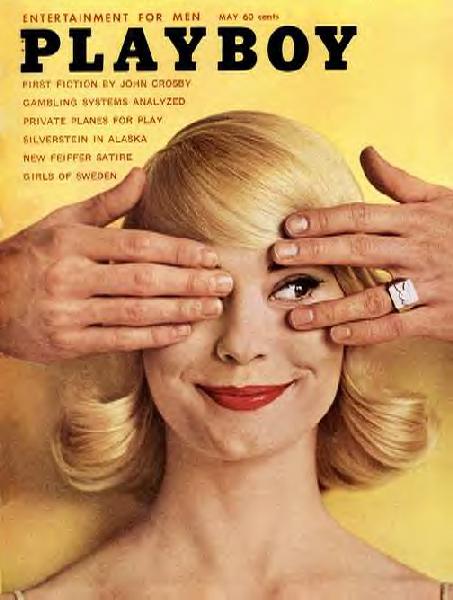 This could go on all day.. but i don't really want more of Playboy on our site than necessary to illustrate a point. :)

And then, there's this.. lol Bugs Bunny.. Jessica Rabbit.. it's a 'tale' which could go on and on down the rabbit-hole of mind control.. good thing Yahushua can break the bonds.. and hopefully more and more mind-control victims will be brought out of bondage by faith in His sacrifice and deliverance.

Thats the sneaky obvious charm of the Illuminati, Tabitha.

Bugs Bunny is a rabbit who exhibits multiple personalities.. have you ever noticed how Bugs seems to be 'triggered' into his different personae.. suddenly switching into someone else.. and then after his episodes.. he simply carries on as if nothing strange just happened.. a scenario often creepily followed by a wink from Bugs to the watcher.

The origin of the Illuminati reaches its black, left hand down through history all the way back to Satan in the Garden of Eden and raises its white, right hand up through time to the descent of the Watchers upon Mount Hermon... and they have left Nothing undefiled, except what they Cannot touch, which is the perfect truth of Yahushua.. and they have stolen Everything in this age, except what they Cannot steal, which are the sheep of Yahushua's pasture... and perhaps it goes without saying that Warner Brothers is a known Beast tool.

How can you "make sure" when pretty much Everything has been defiled in one way or another in this age? Also the "Sheep of Messiah's pasture can only be touched if they open themselves up to this mess",

17:29 Forasmuch then as we are the offspring of YHWH, we ought not to think that the Most High is like unto gold, or silver, or stone, graven by art and man's device.

17:30 And the times of this ignorance YHWH winked at; but now commandeth all men every where to repent:

17:31 Because he hath appointed a day, in the which he will judge the world in righteousness by that man whom he hath ordained; whereof he hath given assurance unto all men, in that he hath raised him from the dead.

Many are not Aware, Ignorance is high.  May we all be forgiven for our lack of knowledge. Thank YHWH for the ability to search and discern. What a Blessing.

At first glance, Monster High is just another trendy, fashionable doll line. However, looking at Monster High’s symbolism and at the videos relating to it, we discover that it is communicating many specific messages to young children, particularly to young girls. We’ll look at how this toy line is used to introduce children to some aspects of the Illuminati Agenda.

Monster High is a highly successful toy franchise that is somewhat similar to the Bratz doll line, as both are comprised of edgy, fashionable characters with attitude. Like many other toy franchises, Monster High is much more than a doll line: It is a multi-platform franchise comprised of toys, DVDs, a web series, music videos, video games, books, clothing accessories, and much more.

The brand distinguishes itself with its unique, twisted universe inspired by monster movies and sci-fi horror. All of the characters are either offspring of known movie monsters or some kind of undead zombies. While Monster High’s slogan is “Be yourself, be unique, be a monster!”, this franchise also communicates deeper messages to its young audience. In fact, a closer look at the stories in Monster High reveals that it is perfectly in sync with the Illuminati’s Agenda as it promotes themes such as hypersexualization, superficiality, a culture of death and even Monarch Mind Control. As seen in previous articles on this site, these themes are abundant in mass media and, the fact that they are present in a doll line for kids further proves that there’s a continuous effort to expose impressionable minds to a specific set of symbols and values.

This should not come as a surprise, as Monster High was created by the world’s largest toy company, Mattel, with revenues of over $6.2 billion per year. The chairman of the board of directors, Robert A. Eckert, is a long-time member of the Trilateral Commission and the Bilderbergs, the two most powerful elite circles shaping the world today. As you might know, company representatives who attend these elite meetings are there because their brands can help push the elite’s long-term Agenda. Powerful, world-reaching companies such as Mattel do not simply sell products, they sell a culture associated with them. Considering how children get attached and even obsessed with their dolls and the universe that surrounds them, what better way to reach young minds and to teach them the values of a New World Order future? Let’s look at Monster High and the universe it introduces to young children...."

"Frankie Stein is an artificial creation put together by a mad scientist (a MK handler?). Her story states that she 15 days old (yes, days, not years). In other words, her alter persona was created by her handler 15 days ago. Her head is held together by two screws, symbolizing her not having a mind of her own. The screws are of different color because they are of different polarity, negative and positive. This refers to the concept of duality that is always inculcated to MK Slaves. To further emphasize the concept of duality, her eyes are different colors, her hair is striped black and white and her bio page states that her favorite color is “black and white stripes”.

Frankie Steincan eletroshock herself and others – a reference to electroshock torture used in Monarch Mind Control to program slaves..." 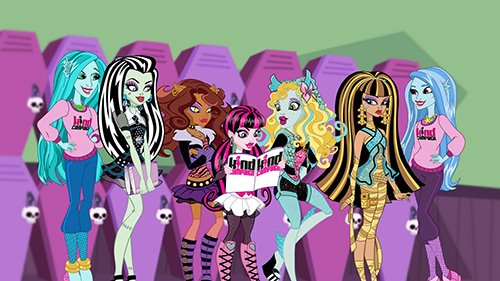 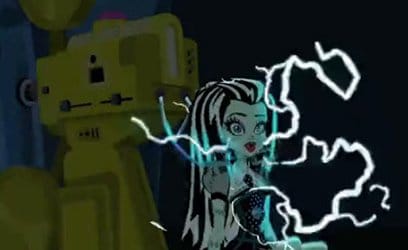 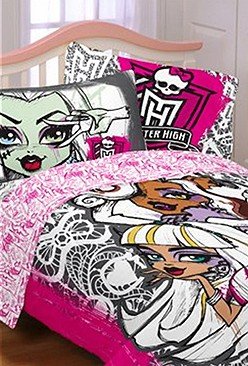 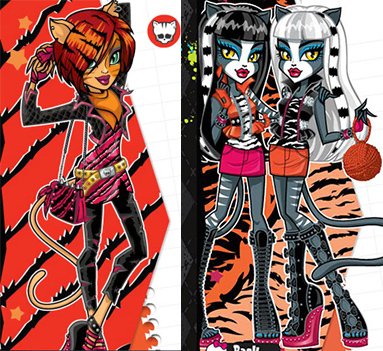 Is Tom Petty saying a manipulative lady-friend is a lot like MK Ultra mind-control programming..? *for those with a history, black and white checkerboard is used quite a bit, view with caution. 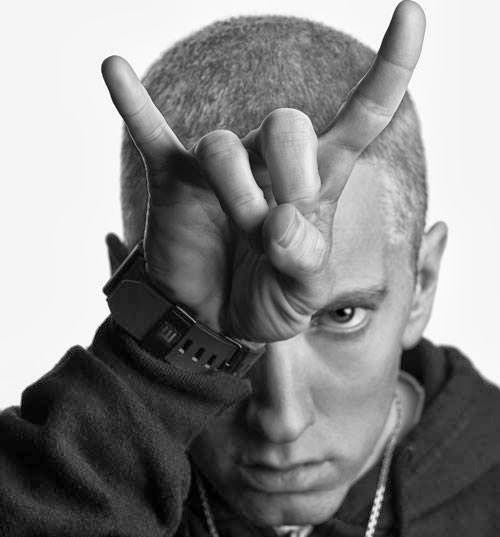 "In many people's eyes Eminem is the best rapper alive, well it looks like the power's finally gone to Marshall's head. "Rap God" is the latest single from Eminem's new album the Marshall Mathers LP 2, which will be released on 5th November." http://www.bestinnewmusic.com/2013/10/eminem-rap-god.html
.
.
:(  It's really sad that so many ARTISTS allow themselves to be such TOOLS.