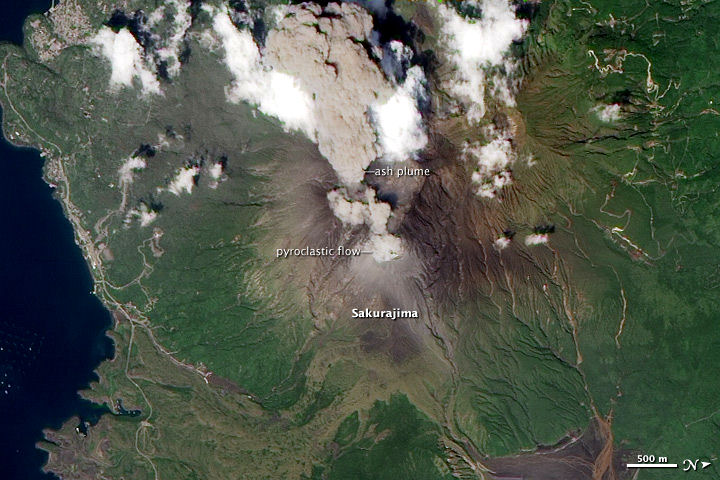 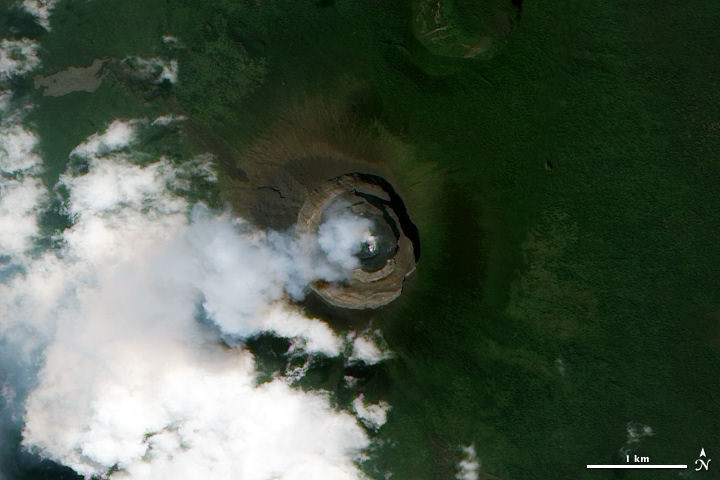 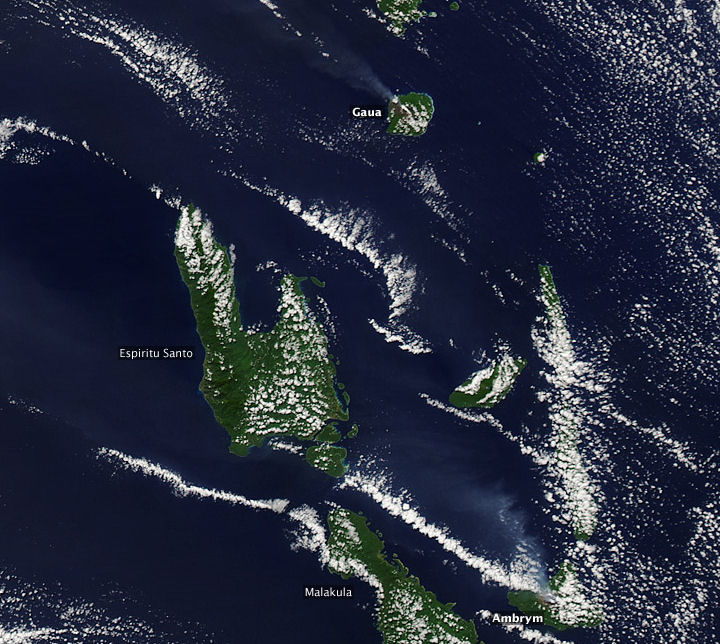 FounderPermalink Reply by Cyprium on August 23, 2010 at 5:37pm
I had a feeling at the start of 2010 that we might see a year of quite a bit of volcanic activity and it seems we have...along with earthquakes and sinkholes, things are getting mighty interesting on planet Earth. Many seem to feel a serious new shift in the way things will be might occur this fall...it wouldn't surprise me if that was more or less correct.

Permalink Reply by Kathy on August 29, 2010 at 3:28pm
Mount Sinabung, in northern Sumatra, erupts for the first time in four centuries
Volcano erupts in Indonesia forcing thousands from homes
A volcano has erupted on the Indonesian island of Sumatra for the first time in four centuries, sending smoke 1,500 metres into the air and prompting the evacation of thousands of residents.
There are no reports of casualties so far, and aviation in the area is unaffected.
Mount Sinabung, in the north of Sumatra, began erupting around midnight after rumbling for several days. Lava was overflowing from its crater, the head of Indonesia's vulcanology centre told Reuters news agency. The agency has placed the volcano on red alert, its highest level.
"Despite decreasing activities since the eruption, we haven't downgraded the status level," said Surono, who like many Indonesians goes by one name.
"This is the first time since 1600 that Sinabung has erupted, and we have little knowledge in terms of its eruptive patterns and general forms."
Officials evacuated at least 12,000 people from high-risk areas on the slopes of the 2,460 metre-high volcano to temporary shelters. The area around the volcano is largely agricultural.
The health ministry put medical posts on standby and distributed face masks, though there were no reports of casualties, according to Mudjiarto, head of the health ministry's crisis centre.
There were no reports of disruption to flights in and out of the nearest big city to the volcano, Medan.
Indonesia is located on the so-called Pacific ring of fire, an arc of volcanoes and geological faultlines surrounding the Pacific basin
http://www.guardian.co.uk/world/2010/aug/29/indonesian-volcano-erup...

Permalink Reply by Kathy on September 1, 2010 at 8:30pm
Volcanoes More Dangerous to Earth Than Nuclear Bombs

Permalink Reply by Kathy on September 24, 2010 at 2:42pm
Three volcanoes revolt at once in Kamchatka
In Petropavlovsk-Kamchatsky, Shiveluch, Klyuchevskoy and Karymsky volcanoes have begun to "spit" ash several kilometers up into the sky.

The branch of Geophysical Service of RAS Kamchatka has reported that several gas-and-ash emissions occurred at Shiveluch, the highest reached 5 km above sea level. A thermal anomaly was observed in the growing dome of the volcano, and more than 300 seismic events were recorded in its structure. The ash plume from Shiveluch has risen 1 km 500 meters due to gas-vapor activity.

Volcano Klyuchevskoy keeps up with its "comrade". Its ash emissions have also risen to a height of 5 km above sea level. According to geophysicists, the ash plume has stretched 190 km south-east of the volcano. As a result, the ash went down on the village of Klyuchi located not fat from Klyuchevskoy. In the darkness, the continuous glow above the crater of the volcano is clearly visible: Klyuchevskoy "throws" red-hot lava to the height of 500 meters above the crater; shining, dripping lava flows along the slope of the volcano to the level of 2,500 meters. Significant thermal anomaly has been observed in its crater.

Volcano Karymsky blew off a pillar of ash and gas. The RAS employees noted that the height of the pillar is 2,900 meters above sea level.

Russia's Academy of Sciences warns that now all three volcanoes are dangerous for planes flying in the area, as the particles of ash may cause a plane crash when they get into the engines of the aircraft. However, for settlements nearby, on the contrary, the volcanoes present no danger for the moment, but tourists still have to detour these places.
http://www.newsbcm.com/doc/265

Permalink Reply by Kathy on September 24, 2010 at 2:46pm
Effect Of Volcanoes On World Climate

This is an interesting article I wanted to share. There have been A lot of volcanoes erupting this year.

FounderPermalink Reply by Cyprium on September 25, 2010 at 4:40pm
So much for global warming eh? I don't think anyone living in the Northern US the last three winters has got the gall to still believe in it anyway. They still won't mind playing the consumer based climate change card if the weather cools due to obvious volcanic activity though.

Permalink Reply by Kathy on October 8, 2010 at 1:51pm
Colombia’s deadly Nevado del Ruiz volcano appears to be awakening from 25 years of slumber.
It killed 25,000 people during a violent 1985 eruption about 80 miles west of Bogota.

Geologists say the mountain has produced about 2,000 tremors since Sept. 30, most related to the movement of magma.

Nearby residents report the smell of sulfur in the air and a plume of steam rising above the crater.

Nevado del Ruiz’s greatest threat to to the area is from slides of volcanic debris, or lahars, which cascaded down the mountain with deadly force in 1985 .

Vulcanologists have kept the current alert level at yellow, advising residents to remain calm but vigilant

Permalink Reply by Kathy on October 20, 2010 at 8:34am
Ash and gas plume from Klyuchevskoi volcano stretching for 418 km

PETROPAVLOVSK-KAMCHATSKY, October 18 (Itar-Tass) -- The ash and gas plume coming from the Klyuchevskoi volcano in Russia’s Far East has been reported to stretch out 418 kilometers to the southeast. An ash cloud has been reported 247 kilometers off the volcano. There is no danger to the nearby settlements, the Kamchatka branch of the Geophysical Service of the Russian Academy of Sciences told Itar-Tass on Monday.

According to the service, spews of gas, fumes and volcanic tuff have been registered in the volcano over the past 24 hours. Residents of the settlement of Kozyrevsk said they saw a flow of lava coming down the Klyuchevskoi’s southeastern slope. Airglow has been reported over the Klyuchevskoi crater, which testifies to the presence of scorching lava.

Klyuchevskoi (or Klyuchevskaya Sopka) stratovolcano is considered to be the highest (4,750 metres above sea level) active volcano of Eurasia. Its steep, symmetrical cone towers about 100 kilometres from the Bering Sea. It is situated in Kamchatka’s east some 32 kilometers off the settlement of Klyuchi with 5,000 residents.

Permalink Reply by Kathy on October 21, 2010 at 7:40am
Volcano Eruption Injures 25 in Colombia

MOUNT MERAPI, Indonesia (AP) - Indonesia's most volatile volcano erupted Tuesday after scientists warned that pressure building beneath its dome could trigger the most powerful explosion in years. At least 18 people were killed, including a two-month-old baby, according to doctors and media reports.

Permalink Reply by Kathy on October 28, 2010 at 3:39pm
Volcanic eruptions in Kamchatka bury town in ash

Two volcanic eruptions in Russia's Far East region of Kamchatka have covered the whole town of Ust-Kamchatsk in ash.
One volcano began erupting on Thursday and the other started spewing ash on October 22.
More than 5,000 people were forced to stay at home with their windows shut, Interfax news agency reported.
http://rt.com/Top_News/2010-10-28/kamchatka-volcano-eruption-ashes....

Permalink Reply by Kathy on November 2, 2010 at 4:33pm
Flooding at Iceland volcano could signal eruption