The Frogs of War Descend

In a Chaotic mix of Patriots and Antifa instigators, this day will go down in history as the most memorable way to start a New Year.

Nothing could stop what was coming. Antifa instigators let in the back door by the Capitol police and over a million Patriots pounding on the front door of the nation's Capitol, the country came one hairs breadth away from civil war.

These are the real time still shots taken from livestreams of the events. We learned who is a real patriot and who is a traitor and the Cabal learned that if they keep playing stupid games they're going to win 80 million stupid lead prizes. 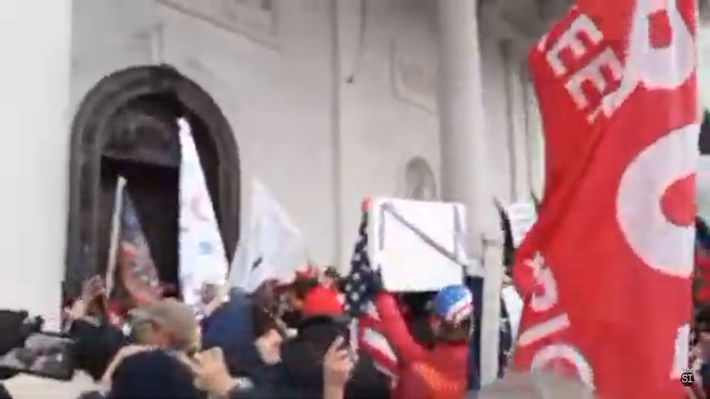 Unfortunately these are paid instigators that caused the vandalism and violence. They were sent there before the crowd protesting the stolen election along with the press to get some good pictures for the news. The enemy put on this show to stop peaceful Patriots from speaking about election fraud but that plan is failing them.

The rioters are Antifa and you're right, they really do need Messiah.