The Alien That Isn't So Alien

The secular world is "free" to pick and choose what they believe because to them, an opinion is as good as a fact and truth has no absolute boundaries. As believers in unchangeable truth, followers of Yahushua have, more than any other group in the world, an obligation to be entirely objective when seeking an answer. We aren't after fantasies that fulfill our dreams, we're after The Truth. Regardless, as flawed as all people are, even believers forget to apply logic to their world view in some matters.

It is a matter strongly supported by evidence but one which Yahushua's people often do not feel comfortable approaching..the presence of "alien" entities in this world. About 6% of all people claim to have witnessed a ufo themselves. About 1% have claimed to have actually been abducted...that's 60,000,000 people who have claimed to have been taken by force by an alien entity. Add to this the multitudes of ufo depictions in art, photography and in written records from ancient times to this day and what is arrived at is a point at which one must rationally admit that there is something to this. An irrational religious objection will not bring us to any understanding, it will just give us a means to ignore something which begs investigation.

There are a multitude of sources who claim to have the answers and you will not have any difficulty finding many web sites devoted to the discussion of various "alien races", often which cite that their information derives itself from either government agents or the aliens themselves. I will remind readers, however, that it is no less irrational to formulate an answer to these things based on information coming out of a government you would not trust (and who obviously have a reason to veil the matter from public attention) than it is to dismiss the subject entirely. It is also not wise to assume that the creatures themselves (aliens) are beings of such impeccable integrity as to their own nature or goals. I would not recommend the vast majority of speculations or claims on who or what those beings are.

The most recognizable depiction of an alien is a "Grey"...that is, a frail looking, grey skinned creature with a large head and big black eyes. There is great evidence that such creatures as this exist, having even been photographed on many occasion and being the most often reported creature type in events of alien abduction. What i would disagree with in regards to the assumed nature of Greys though, is that they are alien at all. They don't derive from Zeta Reticuli or Sirius or from any other far away place in the universe...they are natives to earth, though not natural natives.

The nature of the Grey is one of a fairly ordinary substance...a flesh and "blood" and utterly mortal creature who can be killed and dissected. This has been done and has been photographed on occasion. Their remains have been recovered from craft wreckage and though they clearly might have certain attributes that are advantageous against the average human being ( such as telepathic ability or an ability to paralyze their victim) they are not what one might think of as a really impressive specimen of otherworldly origin.

If we recall that it is no matter of science fiction that there exists an ability, even in the modern human world, to create transgenic life forms, (creatures who are mixtures of two or more species) then we are nearer to knowing what is going on with the entity called a "Grey". Beings which are truly Alien to earth, are beings which exist extra dimensionally and which can not simply appear at whim in the physical space and time wherein humans live. It requires effort and that effort can not be sustained indefinitely. This problem has always required a solution for those entities who would make contact here. With the exception of the descent of the Watchers, who were permitted a certain liberty of physical presence in the earth, Aliens, who are exactly what people would call angels, have sought various means to bridge the dimensional gap. One method has remained a favorite and that is a well suited, manufactured physical housing which does not have any contradictory, self-aware will of it's own.

The fallen angels in alignment with Satan utilized transgenic life forms manufactured in the genetic experiments of the rebel Watchers. Ancient Egyptian depictions of these beats/humanoid "gods" are the best known representations of the pre flood occurrence of transgenic host bodies. Now in this modern age we see Greys which, although they have a frail humanoid body, have heads which much more resemble those of insects. The ancient images of the transgenic "gods" of Egypt also had their bestial physicality, for the most part, limited to their heads while their bodies remained humanoid.

Insects of certain species live according to a "hive" or "colony" consciousness. A type of collective consciousness that the New Age philosophy is so much invested in, is a group mind set which is actually a reality in bee hives and ant colonies. This sort of collectivism is touted among the New Agers as a wonderful thing...a way we can all be "One" and therefor more at peace with each other...but as we all know, hives and colonies all have their Queen to who's commands they are bound. The individual with a hive mind is of no great consequence to the collective nor even to an individual themselves...which makes them very useful tools and, having no real will power, easy hosts for invading spirits.

The reports of Greys paralyzing their victims or displaying a greatly disproportionate amount of strength in relation to their size are aspects which also relate to insect attributes. Ants are known for their ability to carry things which are larger than themselves and various insects are equipped with paralyzing venom. The presence of a fallen angelic or demonic entity residing within a Grey host explains the repeated accounts of the use of telepathic communication. In short, there is good evidence available to suggest that Greys are transgenic hybrids which are lab created on the earth and used on the earth specifically to facilitate contact between the real aliens out there, and humankind.

What is often termed, the "accident" of a ufo crashing in Roswell is connected to a long list of incredible improbabilities for anything which occurred by accident. Without going into the details at length in this article, the Roswell event occurred at such a precise geological location and at such a precise time that it could logically be presumed to be intentional. But if we are dealing with a super-intelligent alien species in the Greys, one would wonder why there would have been dead greys pulled from the wreckage of an intentional crash. Either they are given to suicide missions or they are considered disposable by those who are actually in control.

It is important to note that in many cases of encounters with beings regarded as aliens (whether actually greys or not) ...many have successfully halted the attempted abduction by demanding the entities leave in the name of Yahushua (Jesus). Certainly we would not expect this method to have any effect if these creatures were simply extraterrestrial flesh life forms, we would expect this in matters of spiritual warfare, against fallen angels and demons. No matter what they might want you to believe they are...they know who He is and they fear Him. 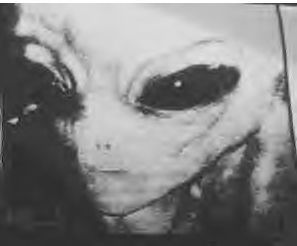 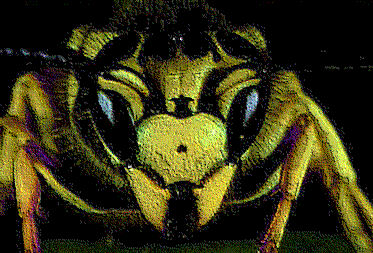 AdminPermalink Reply by Prodigal Son on October 10, 2011 at 6:22pm
Nearly anything you will see that is moving the people in great masses to experience something, form an opinion on something or cause them to act on something in a global consciousness sense has been fed to them through various
means by the elitists or the spirits they answer to.
It is something like mass hypnosis. They both like to tell you what to think and what to do about it. What they would like the world to think is that an evolutionary step is about to occur in both a physical and a spiritual sense.
There will have to be a mass die off, according to such a philosophy, of the
unfit and then a new age for those who make it.
"Wherefore also it is contained in the scripture, Behold, I lay in Tsiown a chief corner stone, elect, precious: and he that believeth on Him shall not be confounded.
Unto you therefore which believe He is precious: but unto them which be disobedient, the stone which the builders disallowed, the same is made the head of the corner,
And a stone of stumbling, and a rock of offence, even to them which stumble at the word, being disobedient: whereunto also they were appointed."- 1 Peter 2:6-8
The truth is an offense because He is the Truth and to the world He is a Rock of offense. He causes those who choose darkness to stumble when they encounter Him. It will always be this way with the lost unless and until they
are called by Him to come to Him.
Some good things you posted there at the site. Perhaps most of all your statements that all sinners are imperfect and all have need of salvation in Him.

Listen to what the pastor's granddaughter says about extra-terrestrial life forms in this UFO sighting news clip from August 3 of this year.. while her statement itself is not disagreeable, her tone and demeanor implies she feels they are strictly benevolent.. as we know, this is not a new mindset for modern Christians.. uninformed on the origin and nature of 'aliens'..

the video is a brief glance back at the particular area of Missouri's previous encounters and the overall sentiment seems to be "it's weird but we think they're probably nice aliens"..

a good point about atheists.. they tend to be the 'i'll believe it when i see it' type.. 'seeing' these beings would probably be enough for them to believe.. and, like you mentioned, if there is 'free stuff' involved.. well, we know how joe public loves free stuff... generally people claim not to have 'a price'... until someone reaches it.

good thing Yahushua paid our price for us and true believers on Him can't be bought.

I beleave that the assessment that bob dean from project camelot talked about in the interviews he did is correct, I do not agree with that stuff spiritualy, but i dont think they are lieing about are governments conection with them.I think under the pentagion they are infested with a labitory of cloening and breeding with these aliens.I did start asking myself questions recently like where does are technology really come from and how did we really learn to build spacecraft.Get the point

interesting that technology and convenience first came from the fallen angels.. the original 200 fallen Watchers along with the fallen angel Azazel are the ones credited in 1Enoch for bringing this knowledge to mankind.. and then there is always the first to offer 'enlightenment' to mankind, Satan the serpent in the garden of Eden.

and does anything about where 'enlightenment' comes from really ever change.. the scripture says 'no'.. "Is there [any] thing whereof it may be said, See, this [is] new? it hath been already of old time, which was before us." - Ecclesiastes 1:10.

i'm not a big Project Camelot fan, like you said - i don't agree with that stuff spiritually - but cutting the facts from the fiction is simplified in light of scriptural fact... the book of Enoch (1Enoch) is addressed to believers who are living in the last days before Messiah's return, and it is quite the read, especially now.