Recently I have come across people who believe for some reason that evolution somehow disproves the existence of a Creator. This is clearly wrong for several reasons. First off evolution does not address the origins of life. Atheistic evolutionists place their faith in the never observed theory of abiogenesis. The theory non life in certain conditions, given time can produce life. Secondly there are many theists who claim to be Christian that believe in evolution. They call it "biogenesis" a term coined by Dr. Francis Collins. They believe Elohim guided evolution. So what is it about evolution then? Why is it dangerous if you can be a Christian and an evolutionist at the same time? The problem with evolution is that it is a lie. Its not true. It is the backbone of the atheist world view. Without evolution atheism can't stand. Evolution was used in Nazi Germany to justify the crimes of Adolf Hitler to the German people. Evolution is used as a tool for racism today. White racists look at the tribal societies in Africa, and South America and believe because of their lack of technology they are less evolved.

What is curious though is that evolution is taught as a fact in schools. My tax dollars pay for children to learn the theory of evolution. Not a dime of my money goes to them learning about YHWH. They teach this theory as if it was a fact. If it was a fact, then brilliant scientists like Dr. Wolfgang Smith, Dr. Fleishmann, and Dr. Ambrose Flemming (to name a few) would not argue it. The truth is the theory has many holes, and flaws, and respected scientists know this. Knowing this they reject the theory. Let me quote Dr. Wolfgang smith...

"A growing number of respectable scientists are defecting from the evolutionist camp ... moreover, for the most part these 'experts' have abandoned Darwinism, not on the basis of religious faith or biblical persuasions, but on scientific grounds, and in some instances, regretfully."

This is true. Darwin himself didn't even really buy it as he is quoted here..

"As by this theory, innumerable transitional forms must have existed. Why do we not find them embedded in the crust of the earth? Why is not all nature in confusion of halfway species instead of being, as we see them, well-defined species?"

There are people who claim the theory of evolution was put together well before Darwin's time. They claim the theory was put together by the devil, and given to Darwin. I don't know. All I know is that the theory of evolution would not hold up in court. There isn't enough evidence. There is counter evidence which I would be glad to provide upon request. Evolution is useful to the devil on many levels, and that's why its being pushed as fact. Bottom line, if it was such a hard fact there would be no serious scientific opposition.

1 Enoch 104:10-13 - "idols; for all your lying and all your godlessness issue not in righteousness but in great sin. And now I know this mystery, that sinners will alter and pervert the words of righteousness in many ways, and will speak wicked words, and lie, and practice great deceits, and write books concerning their words. But when they write down truthfully all my words in their languages, and do not change or minish ought from my words but write them all down truthfully -all that I first testified concerning them. Then, I know another mystery, that books will be given to the righteous and the wise to become a cause of joy and uprightness and much wisdom. And to them shall the books be given, and they shall believe in them and rejoice over them, and then shall all the righteous who have learnt therefrom all the paths of uprightness be recompensed."

"Not one change of species into another is on record ... we cannot prove that a single species has been changed." (Charles Darwin, My Life & Letters)

Permalink Reply by Matthew Kindle on May 9, 2010 at 6:29pm
Evolution degrades the human race. It can be used to suggest an alternative to our divine origins. It can reduce us to mere animals. We must never consider ourselves animals in doing so we will come to behave more and more like animals rather then the spiritual beings we really are. We are not material beings who sometimes experience the spiritual, rather we are spiritual creations experiencing the material world.

Genesis 1:26 - Then Elohim said, "Let Us make man in Our image, according to Our likeness; and let them rule over the fish of the sea and over the birds of the sky and over the cattle and over all the earth, and over every creeping thing that creeps on the earth." 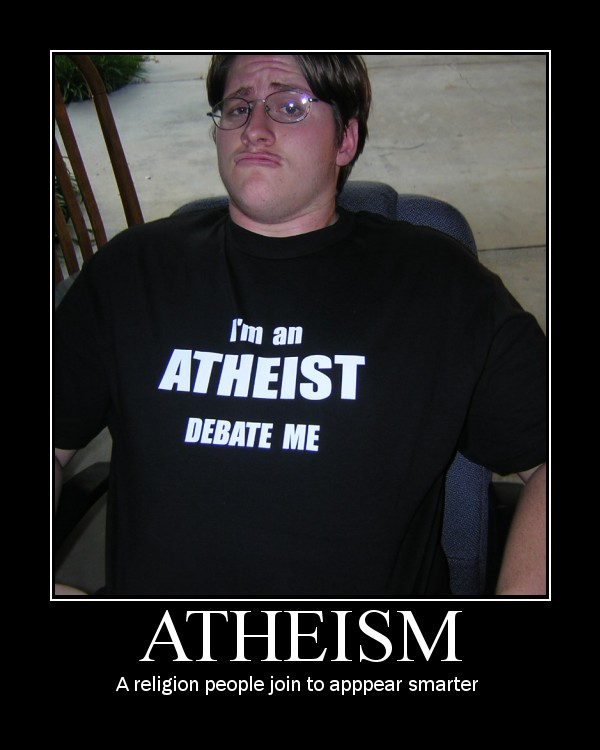 haha! i love that picture!  and this video http://www.youtube.com/watch?v=bxmoduQvWtc    .... there is not one SINGLE example of a genetic mutation that results in an increase of information to the genetic evolutionary process and proves that this theory is a lie in a single sentence.  Thanks to science DNA itself is in fact a language and proves an intellegent designer ... however they will not believe it ... Acts 13:41  ‘Look, you scoffers, be astounded and perish; for I am doing a work in your days, a work that you will not believe, even if one tells it to you.’

I could only sit and stare at this article in disbelief. I Have to assume that this is in some way a joke...a social experiment..something other than a real geneticist Actually presenting this as a real theory. Since the very bottom of the barrel of laws of genetics contradicts this possibility anywhere in nature, even a grade school child could probably tell you such a theoretic "mule" can't happen (outside of a lab)....much less someone with a PHD. My only thought is...someone is really testing the intelligence of the public to see how much "scientific" sounding blabber is necessary to get the public to buy into anything.

"A chimp-pig hybrid origin for humans?

(Phys.org) —These days, getting a Ph.D. is probably the last thing you want to do if you are out to revolutionize the world. If, however, what you propose is an idea, rather than a technology, it can still be a valuable asset to have. Dr. Eugene McCarthy is a Ph.D. geneticist who has made a career out of studying hybridization in animals. He now curates a biological information website called Macroevolution.net where he has amassed an impressive body of evidence suggesting that human origins can be best explained by hybridization between pigs and chimpanzees. Extraordinary theories require extraordinary evidence and McCarthy does not disappoint. Rather than relying on genetic sequence comparisons, he instead offers extensive anatomical comparisons, each of which may be individually assailable, but startling when taken together. Why weren't these conclusions arrived at much sooner? McCarthy suggests it is because of an over-dependence on genetic data among biologists. He argues that humans are probably the result of multiple generations of backcrossing to chimpanzees, which in nucleotide sequence data comparisons would effectively mask any contribution from pig.

Generally speaking, interspecies hybrids—like mules, ligers (lion-tiger hybrids), or zedonks (zebra-donkey hybrids)—are less fertile than the parents that produced them. However, as McCarthy has documented in his years of research into hybrids, many crosses produce hybrids that can produce offspring themselves. The mule, he notes, is an exceptionally sterile hybrid and not representative of hybrids as a whole. When it comes time to play the old nuclear musical chairs and produce gametes, some types of hybrids do a much better job. Liger females, for example, can produce offspring in backcrosses with both lions and tigers. McCarthy also points out that fertility can be increased through successive backcrossing with one of the parents, a common technique used by breeders. In the case of chimp - pig hybridization, the "direction of the cross" would likely have been a male boar or pig (Sus scrofa) with a female chimp (Pan troglodytes), and the offspring would have been nurtured by a chimp mother among chimpanzees (shades of Tarzan!). The physical evidence for this is convincing, as you can discover for yourself with a trip over to macroevolution.net.

When I asked McCarthy if he could give a date estimate for the hybridization event, he said that there are a couple broad possibilities: (1) It might be that hybridization between pigs and apes produced the earliest hominids millions of years ago and that subsequent mating within this hybrid swarm eventually led to the various hominid types and to modern humans; (2) separate crosses between pigs and apes could have produced separate hominids (and there's even a creepy possibility that hybridization might even still be occurring in regions where Sus and Pan still seem to come into contact, like Southern Sudan).

This latter possibility may not sound so far-fetched after you read the riveting details suggesting that the origin of the gorilla may be best explained by hybridization with the equally massive forest hog. This hog is found within the same habitat as the gorilla, and shares many uncommon physical features and habits. Furthermore, well-known hybridization effects can explain many of the fertility issues and other peculiarities of gorilla physiology.."

Please, someone tell me this is a joke and they are not Really trying to convince people of this ridiculousness....