Category Introduction : The Truth Is Out There, and It's Not Subjective 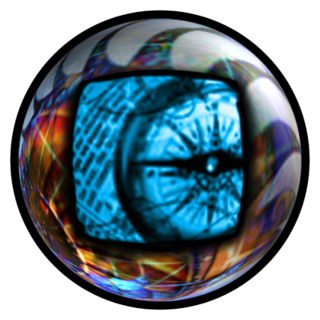 What is Truth? I have actually seen that question posed more times recently than i care to count. There was a time, not so long ago, that people had this certain characteristic which is now becoming extinct. Simple common sense, which should now perhaps be titled " Simple Endangered Sense".

That is the sort of plain, basic logic that would have made the people of several decades ago laugh a person out of town for asking a question like "What is Truth?". It's meant to sound smart, philosophical, sophisticated and above all it is meant to open up the idea that there is something negotiable about what truth is.

After all, what could be more appealing to people's senses than the idea that they can determine reality for themselves. If you could shape your own truth, what would it look like? You might shape a reality in which you were successful, wealthy, popular, and maybe if you were a more decent sort, you'd make a reality with world peace and no suffering and so on and so forth.

Now it's time to stop dreaming. This is reality...there is a world of hurt outside your door that you can do nothing about...maybe your nose is a bit too big, maybe your belly is a bit too round, maybe you've got wrinkles you'd rather not have and maybe you're trying to figure out how you're going to scrape the money together to pay off the IRS. All the wishing in the world isn't going to help any of it.

Truth is relative...truth is subjective..it's all a manner of perspective...are the trendy things to say. When did we forget that we can readily observe a reality we are helpless to alter? When did we start imagining a fairy tale scenario where things are only real or not when we want them to be?

Is it any different or more sane for people to imagine that they can believe into existence what they wish would be true as it pertains to spiritual matters than it is to imagine that wishes and beliefs can change the size of ones nose? Perhaps the fact that spiritual matters are to people, for the most part, invisible, non-tangible and somewhat mysterious lends to an idea that an individual is making some impact on the reality of them by virtue of what they feel is true.

Without the stone cold evidence in front of one's face to assure them that there is no wishing a different truth, it is easy to dream and imagine and believe in whatever one wants to. The fact remains that whatever is true in the spiritual realm is just as unphased by desires for it to be different as the sea is by attempts to empty it with a slotted spoon.

No, we can't perceive and believe our way to the reality we want...we have an obligation to the Truth...we have to answer to it, not the other way around.

The enemy of Truth is pervasive, domineering emotions. What we wish was a fact often becomes exactly what we accept as fact. Logic counters that with the overwhelming odds that you will find yourself in countless, completely real, situations that you Wish you weren't in during your lifetime. The truth in general and in specific application having to do with all manner of things from concrete to abstract, hidden and obvious will follow the same basic rule: there's going to be truth you love, and truth you hate.

There is no common sense in asking "what is truth?" because the answer is so entirely obvious and non negotiable...truth is what is real. There's no follow-up question "what is reality?" because once you have begun to question what real means, you have just voluntarily dismissed your sanity in favor of delusion.

I hold that it is Impossible to conduct an objective search for truth and not eventually arrive at the realization that we have a Creator that has provided us with its full definition. The nature of the enemy's tactics to pull people's common sense and logical deductions under a blanket of self-satisfying madness is so incredibly effective on mankind as a whole that the results have not at all halted at the common layperson, but has risen into the highest and most influential societal structures of this age.

The most trusted and venerated establishments, institutions and experts who are held in esteem for their supposed professionalism and objectivity are in fact comprised of human beings just as carried away with their whims and fancies and childish desires as any average Joe.

We then take the things which these highly esteemed infants preach as truth and grind them into the minds of young children from the day they are able to comprehend language and raise them into adults who never, ever question the "accepted truths".

There is literally no limit or boundary on what information is adulterated in this way in the world. From the most mundane things to the most fantastic subjects, they have prescribed a virtual "truth pill" for everything under the sun...and the sun too.

When people want to know what a star is...do they find out from the One who made them..or NASA?

When people want to know how to deal with their personal issues...do they go to the One who knows them better than anyone else..or a psychiatrist?

When people want to understand where life came from...do they find the answer from the One who invented it...or from Darwin?

When people become ill..do they seek healing from the One who made their body...or from a doctor?

Whom do people trust? The Infallible or the greatly flawed?

Eyes wide open...it's time to turn back to the Only One with all the answers.

+ Jump to Forum Discussions in: The Truth Is Out There...