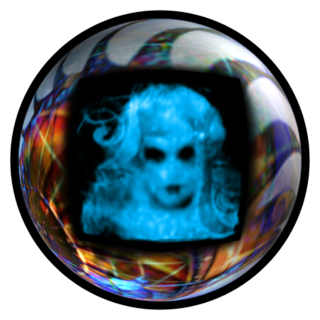 Putting aside all Hollywood education on the matter of possession... this is a serious and a real phenomenon which has not only persisted in the modern age but has increased incrementally as the last days have drawn nearer.

We are accustomed to hearing a simplistic definition of what a spirit is who can possess human beings... most frequently the answer given is that they are fallen angels, but this only defines one type of spirit that has the ability to take over a host body.

Fallen angelic - this is the most well known unclean spirit which can enter a host. these are by far the most powerful though they range in power according to their class and rank. There are several types of beings which are all familiarly called "angels" in modern English although the term technically refers to only one class. Fallen angles act as the generals of the Satanic army with lesser types of spirits working in positions under them.

Nephil- The departed spirits of Nephilim are what are in all technical correctness, called demons. These are the spirits of angelic/human hybrids who have died and are not bound by the normal human laws of where a normal human spirit should reside after departing the body. They have a craving to return to a bodily existence and this drives their motivation to attempt to possess more so than even a loyalty to the cause of their master to destroy the lives of living human beings.

Daeva Chimera - Another hybrid creature who is a combination of beast and angel... human/beast chimeras do not have spirits which continue to roam earth, but those who were partially angelic have a spirit which can. These normally function just as nephil demons do but generally occupy a lower rank.

Siren - These are the only wholly human spirits in origin which are able to roam the earth after their deaths. They were the human wives of fallen angels and just as a human husband and wife become one flesh, a human woman who has an angelic marital partner takes on some of the spiritual attributes of her husband.

Sirens were cursed to roam the earth and have been known mostly to draw living men to destruction through lust. They are highly connected to water and operate through it... haunting bodies of water or indwelling trees that draw up waters where sirens dwell, from which came legends of creatures like nyads and dryads (water and tree spirits).

All of these spirits share one common agenda... and that is evil. Their opportunity to enter comes through sin... whether it is national sin, familial sin or personal sin. Where they enter into the lives of human beings, they wreak havoc and destruction on a world-wide scale all the way down to a single body and spirit.

They also share one common weakness for which they have no defense... they are utterly subject to the will and authority of Yahushua... always.

The victim of possession usually has no clue they are possessed until the situation peaks at a point of control or contention which makes the spirit brazen enough to act up physically in the body in ways which are obviously not consistent with the person themselves, or which put the person's will in a "blacked out" state where they are unconscious and the time lost begins to become apparent.

A spirit within a host will, unless making a conscious effort to be unnoticed, behave in a way consistent with the spirit's own personality... their own manner of expression, voice, body language, personal knowledge and degree of strength.

Possession as a result of personal sin often begins in temptation, evil spirits goad temptation in people and when the goading succeeds the temptation becomes action... now the power of influence for the spirit has opened up and they can direct more pressure on the person's psyche to continue in the sin. As the sin continues, the natural protection of the barrier which would stop invading spirits from connecting into the physical faculties of the human become weakened, and holes open up in the barrier which then allows the spirit to enter.

The spirit will at first have a weak hold on the physical connection... occupying a place in the "background" or the subconscious mind. The hold gradually strengthens until at the worst possible point in possession... the possessor does not retire from control of the body and entirely takes over the life of the person... usually resulting in destruction of the life either literally and physically or in essence and spirit.

Familial spirits have a grounded right in genetics... that is through occult ancestry, nephil bloodlines or grievous sin of ancestors, a family line is dedicated spiritually to a certain spirit or group of them. This runs a course in four generations or so and then the end generation is normally encouraged, either by tradition or by the spirit itself, to rededicate the line.

These take a less aggressively destructive approach to their hosts and tend to be more inconspicuous as their goals are geared toward using the family members under their control as agents within the community, though their presence is no less destructive to the spiritual life of the person or their mental and emotional well being.

The remedy for any manner of spirit possession is deliverance in the name of Yahushua. This does not involve a lot of screaming or ritual acts or special prescribed prayers and chanting.

This involves the fervent prayer of two or three genuine believers and a victim who is wholly willing to renounce the grounds on which the spirit entered and submit their whole life to Yahushua.

Deliverance is that simple, though one turning his back on a sin which has been a staple of his life can also be less easy for that person than it should seem to an outsider.

It comes down to a life changing decision to be cleansed or to remain in a situation of slow degradation which can lead ultimately to death or worse.

For we do not wrestle against flesh and blood but against principalities, against powers, against the rulers of the darkness of this age, against spiritual hosts of wickedness in the celestial realms. -Ephesians 6:12