Big Brother Gets in Your Head

You may not believe in such things as extra sensory perception and telepathy but DARPA does. So does the NSA and the CIA, the US military and a multitude of militaries and intelligence agencies around the world. In fact, untold millions of dollars have been spent on the research into "paranormal" abilities and the use of them in government and military applications.

DARPA, (The Defense Advanced Research Projects Agency) known for it's love affair with the more bizarre side of publicly acknowledged science, now announces that it is dropping 4 million dollars into a project known as "Silent Talk". This is no less than an endeavor into synthesized telepathy wherein soldiers will no longer have a need to communicate vocally with one another...but instead communicate directly from mind to mind.

Utilizing the neural signals in a person's mind which naturally proceed vocal speech, DARPA hopes to develop a technology which would analyze such signals and then transmit them as words to a receiver worn (or implanted in?) a second party. Weird enough for you? In addition to DARPA's project, the National Research Council and the Defense Intelligence Agency states that neuroscience might lead to some useful developments in forcing enemies to obey their commands...we can now speculate on whether those enemies are expected to be foreign or domestic. 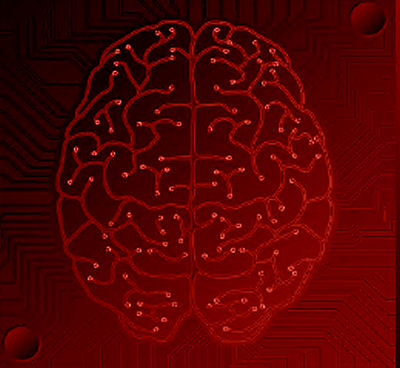 If you suppose that this area of strange science is a brand new thing in the world, you'd be wrong. As fringe as it might seem...the area of psi-technology has gotten a lot of attention in military and national security use dating back to the second World War and the research of paranormal phenomenon and psychic ability in academia goes back even further.

Though the events surrounding the Montauk project are still considered "theory" in the mainstream, the technology which is reported to have been used in it was a reality in that day. Tesla technology, which makes such modern day developments like HAARP possible, also made possible devices in the World War II era which could amplify psychic transmissions from a person seated in a chair, surrounded by coils which picked up the signals. The bank of radio receivers designed by Tesla would then digitize the mental data into computer code.

In the more publicly recognized spectrum of events...from WWII to the 1970's, the USSR, China and the US were actively funding esp research and remote viewing, the ability to psychically see events and gather information from a great distance, was being tested in Germany. The US funded their own remote viewing project, named the Stargate Project which was supposedly ended in 1995.

The congressional Research Service in 1981, The Army Research Institute in 1985, The National Research Council in 1987, the Office of Technology Assessment in 1989, and the American Institutes for Research in 1995 all publicized their findings that psychic phenomenon was real, that the research into such was valid and worth the effort and finances to further research and use. In 1998 a patent was issued to Princeton University researchers...Patent "US 5830064" which is entitled: Apparatus and method for distinguishing events which collectively exceed chance expectations and thereby controlling an output... In other words, psychic control from a distance of an electronic random number generator.

Knowing that technology and research which is utilized behind the scenes always proceeds what the public is exposed to by decades...the question is, how far has psychic and mind reading invention gotten? Perhaps quite a bit further than the average person wants to know. When one begins to look into all that capability that military and intelligence agencies have achieved in the area, it quickly becomes obvious that people have more to worry about than illegal wiretapping and perhaps nothing..i mean Nothing is private.

One of the most disturbing examples is a little operation called SIGNIT, or Signals Intelligence, often called Echelon. Brought into being reputedly for the purpose of collecting and analyzing of military and diplomatic communications of the Soviet Union and it's Eastern Block allies in the Cold War...it has now been turned into a mind-boggling, giant beast of a spy machine on every man woman and child. With the capability of decoding EMF waves, The NSA can wirelessly tap into every computer in the country as well as tracking individuals by their own biological electrical currents. Anything which gives off an electrical current..whether synthetic or organic can be remotely analyzed by this technology.

The NSA is able to dial up and pick out any person on the Signals intelligence EMF scanning network and track that individual everywhere they go at any hour of the day...but perhaps even more alarming than this..they can read your mind. The computer generated brain mapping capabilities of SIGNIT can monitor the electrical activity of the brains of hundreds of thousands of people simultaneously and thus literally know their thoughts. This ability, known as Remote Neural Monitoring, can actually take the electrical output of the visual cortex of the brain and decode it into images of what the target individual is looking at and in reverse, is able to send electrical impulse to the visual cortex to create hallucinations or alter dreams while the person sleeps.

Indeed, this is more than anyone wants to think about their government doing unbeknownst to them...but the facts of the matter are that it is neither far fetched that military and government have had a history of going behind the backs of the citizens and performing experiments and running programs which would never meet the approval of the common man, nor that these agencies have all along been about the business of developing "top secret" technologies out of public view which are supposedly for national security reasons.