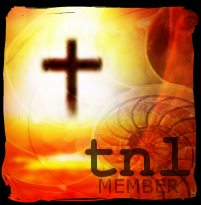 Greetings brothers and sister in the LORD.

Where to begin, where to begin... The Libyan thing is I believe a distraction away from what is a true danger to everyone. Especially those poor souls in Japan near the site in Fukishima.

I caught one report stating that the levels were 10, 000, 000 times the safe limit, then another saying it was only 100,000 times greater than what is safe. 10,000,000 or 100,000 times the safe limit is well, to HIGH. Many of you remember what happened in Russia with just one reactor blowing. It killed an entire city and area in Russia. I have been trying to get information but the information being disseminated is, well just wrong.

One reactor in Russia equals four that have gone off in Japan??? I am trying to get a picture I saw from the English speaking Japanese news, saw it only once. It showed a gaping hole in the side of the containment vessel. This alone should have had the "experts" scrambling to fix this, but unfortunately it seems they are just shuffling along at a snails pace.

The continued growth of the "evacuation zone" should tells us a little. Started at 12 miles and has doubled in the last two days. The water they are using or were using, sea water is a corrosive. Where is that water going? It doesn't seem to be doing what they had hoped. The "fuel rods" keep being exposed to the air. They then in turn heat up rapidly, If the containment vessels were intact the water levels would stay where they are supposed to. Unfortunately with huge holes in at least one of them, they'll never get it stabilized. I truly feel sorry for the brave souls fighting this, I am so afraid that many of them are already dead and know it not.

Is this going to be a long and devastating incident. Just look at that city in Russia that I can not spell, and see what a probable outcome from this may be. This coupled with the fall of the Japanese economy and the effects it will have on and in the world must be considered.

I continue to pester everyone I can for more information. When I can get it I shall bring it to your attention asap.

Thanks for being on top of it Bob. A lot of the information about this is sugar coated or false. With finding radiation in milk in Oregon, finding radiation in just about all parts of the world, its more of a problem than what's being let on. From what I've been reading, they've been trying to save the plant instead of containing it completely. An article I read recently that said "This is not anywhere close to Chernobyl." That stuck me as interesting. A lil bit of Serpent in the mix there. So does that mean, Its Way Worse? Could have had several meanings to it.  Quite a time to be alive. Keep your eyes open and your ears clean.

Matthew 24:32 Now learn a parable of the fig tree; When his branch is yet tender, and putteth forth leaves, ye know that summer is nigh:

24:33 So likewise ye, when ye shall see all these things, know that it is near, even at the doors.

Comment by Bob Wood on March 31, 2011 at 1:44pm
ABSOLUTELY the LORD is doing HIS business now for ALL to see. But alas many have thick sun glasses on and are just stumbling around in the dark. The LORDS judgement is upon all of the world not just portions of it anymore. Those were warning signs that went ignored. Guess HE has everybody's attention now.

interesting to note also is the chain of events which may have contributed to Japan being chosen as the target..

on that bill's heels news is made when 'Three senior Japanese scientists separately engaged in climate-change research have strongly questioned the validity of the man-made global-warming model that underpins the drive by the UN and most developed-nation governments to curb greenhouse gas emissions.' Japanese Scientists Cool on Theories

that same week in November the US began war games with South Korea..

then early in December of the year at the climate summit in Cancun - Japan announces its opposition to extending the Kyoto protocol which calls for emissions reductions..

'Japan will not inscribe its target under the Kyoto protocol on any conditions or under any circumstances,' said Jun Arima, an official in Japan's government economics and trade industry Japan Stuns Climate Summit with Position

i'm not sure what's gone with Japan since January of 2011.. other than lots of UFO sightings.. but the track record they had for 2010 seems like a good enough reason for them to be targeted as a mass disaster destination even though the targeting and assaulting is done under levels of guise as the enemy plays both sides against the middle on the global conflict stage..

the masses in the audience are caught in between and like so much cattle they are herded and prodded and sacrificed as necessary to support the roles of the actors in the play..

outside the theater and away from the curtains bystanders can see the scripted conflict laid bare and left feeling sad for those who were hurt and killed and wondering what the real result of this tragic theatrical performance will be.

a higher radioactive environment would surely lead to more control over the people in the audience of this world.. in 1995 at the Human Radiation Hearings three women gave their testimonies on radiation mind control..

'I am going to start. My name is Valerie Wolf. In listening to the testimony today, it all sounds really familiar. I am here to talk about a possible link between radiation and mind control experimentation that began in the late 1940's. The main reason that mind control research is being mentioned is because people are alleging that they were exposed as children to mind control, radiation, and chemical experimentation which were administered by the same doctors who were known to be involved in conducting both radiation and mind control research.' Mind Control Survivors' Testimony

also it's sure that the US military which might as well be the UN military.. is not leaving Japan any time real soon now.. as if the people there haven't been through enough already.

thanks for all your investigating Bob.

Founder Comment by Cyprium on March 31, 2011 at 5:10pm
There was apparently a great deal of radiation found in PA rain water as well.....that's pretty far east. Here, a tad west of that, we have had an odd late snow. It's not the sort of thing you'd get a bad feeling about in a more normal time... but noting the way it all piled up on everything, one's thoughts start to float around ideas of radioactive snow coating everything in sight.

Comment by Bob Wood on April 1, 2011 at 3:54pm
Greetings from Oklahoma brothers and sisters.

I watched the news or what passes for it this morning for two hours, and last night for about an hour. The only thing I saw concerning Japan's reactors was on the small ticker that streams across the bottom of the screen. I find it odd that nothing is being said anymore. All that is in the news concerns our presence in Libya. It truly seems that there is a lot of misdirection taking place. Out of the news, means out of peoples minds. If it isn't in the news why worry about it?

I continue to search.

Admin Comment by Sinclair on April 1, 2011 at 5:31pm
People love to stay behind their walls mentally too, believing that as long as they don't get a mainstream report of something going wrong, it's not. What will they all do when the chaos hits their own place of residence and quickly dismantles their mental fortresses of denial?

The nuclear disaster at Japan’s Fukushima power plant is "much bigger than Chernobyl" and could rewrite the international scale used to measure the severity of atomic accidents, a Russian nuclear expert says.

"Fukushima is much bigger than Chernobyl," AFP quoted thermodynamic engineer Natalia Mironova as saying on Friday.

"Chernobyl was a dirty bomb explosion. The next dirty bomb is Fukushima and it will cost much more" in economic and human terms, she added.

"Chernobyl was level seven and it had only one reactor and lasted only two weeks. We have now three weeks (at Fukushima) and we have four reactors which we know are in very dangerous situations," she warned.

The nuclear reactor accident in the Chernobyl Nuclear Power Plant in Ukraine, then part of the Soviet Union, is considered to be the worst nuclear disaster in history and the only level seven instance on the International Nuclear Event Scale.

It resulted in a severe release of radioactivity into the environment following a massive power excursion which destroyed the reactor.

that 'odd late snow' west of PA was creepy.. i went out the next afternoon and it was not cold and there was absolutely no air movement.. a couple of folks i saw that night (folks who possibly get their news from FOX) even commented on how weird that snow was..

possibly poisonous snow that falls when it is not cold and with no air circulation has enough red flags to count as a highly probable scenario of weather manipulation.. that pattern of poison + precipitation that we've been seeing for the past few years.

people were focused first on Japan but when thoughts turned to the levels of radiation in people's back yards - boom - we got Libya to focus on instead. Bill Clinton was really a superstar of Diversion.. any time something smelled fishy about him or Hillary - boom - we'd go to war in some small poor place.

the PTB seem to be possibly working on a pyramid scheme where the least western areas are brought under subjugation first.. like Indonesia.. Chile.. Haiti.. etc etc etc.. basically the poorer nations.. which are put under thumb at a steady and rapid rate.. in the meantime western areas receive intermittent strikes like Katrina and the BP oil disaster.. 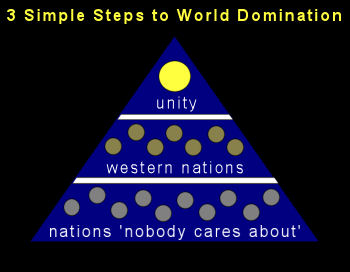 Japan is not a poor nation.. it's not 'communist' and it makes great cars and electronics.. Japan has been the US's buddy for a long time now til recently and the fact that a nation on this level has been compromised leads one to wonder which 'big' nation would be next..

hopefully none.. but there is a strong probability.. and in the event there are more attacks that lead to essential total destruction.. a pattern from outer to center would possibly be how it's done.. outer-lying (lower) nations first with attacks that move inward to the central larger targets..

with increase in disaster occurrence and severity i think it would be safe to say that a lot of people could just go droid.. and tune into the White Noise channel on the fear frequency.. so the body-snatchers don't have to snatch physical bodies.. just the minds governing the spiritual bodies.

Founder Comment by Cyprium on April 5, 2011 at 5:38pm
@ Tristran and Sinclair... do i hear someone humming "Both Sides the Tweed"? Sorry guys..i've got a strange sense of humor..lol

Founder Comment by Cyprium on April 5, 2011 at 5:52pm
You're in quite a place Barry....and i thought the sounds of the average city were annoying and stressful. I hope you're safe at least...i'm sure you know He's looking out for you though.