Is Google Earth off target with the stars ?

For some time now I have been developing a flight simulator Microsoft Windows application that works in conjunction with Google Earth.

The idea behind it is as follows :-

If monolithic stone circles are portals to other versions of planet Earth running parallel to our Earth, then according to sources, these parallel worlds are all going to be destroyed by Yahushua before or on Judgement Day.

If in the near future these portals might one day be opened up to certain entities, then maybe it would be possible to stargate into one and save lost spirits in the name of Yahushua that want to be forgiven before their world is destroyed by Yahushua.

If the parallel worlds run side-by-side with our one and the stars are visible, then even though the land, towns, cities will all be different, the monolithic stone circles will still be located at their fixed locations as they are all Ley Line nodes.

Whilst comparing the star locations from the free package 'Stellarium' to the stars in Google Earth, a major difference seems to have arisen.

Polaris, as expected is at 0 degrees which compares perfectly with Google Earth.

Here is Polaris according to 'Stellarium'. 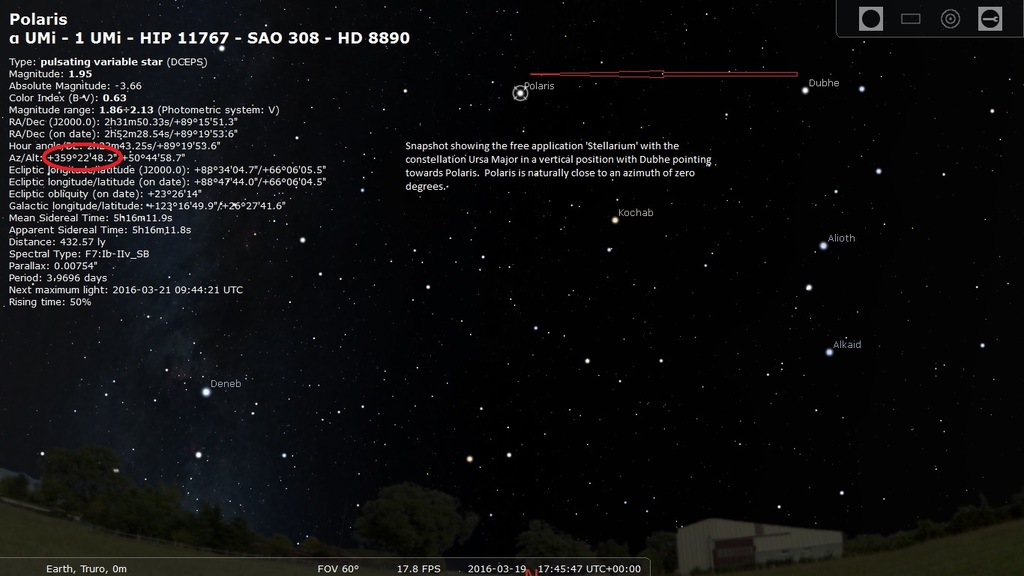 Here is Polaris according to 'Google Earth'. As expected, Polaris is in the center of Google Earth with its current azimuth of 359 degrees.

However, the more that the navigator rotates towards +/- 180 degrees, the further the stars are off target. So either, Google is not telling us something or for every +/- 6 degrees every Google star is out by 1 degrees.

The Pleiades star 'Atlas' near Orion is a perfect example of this. 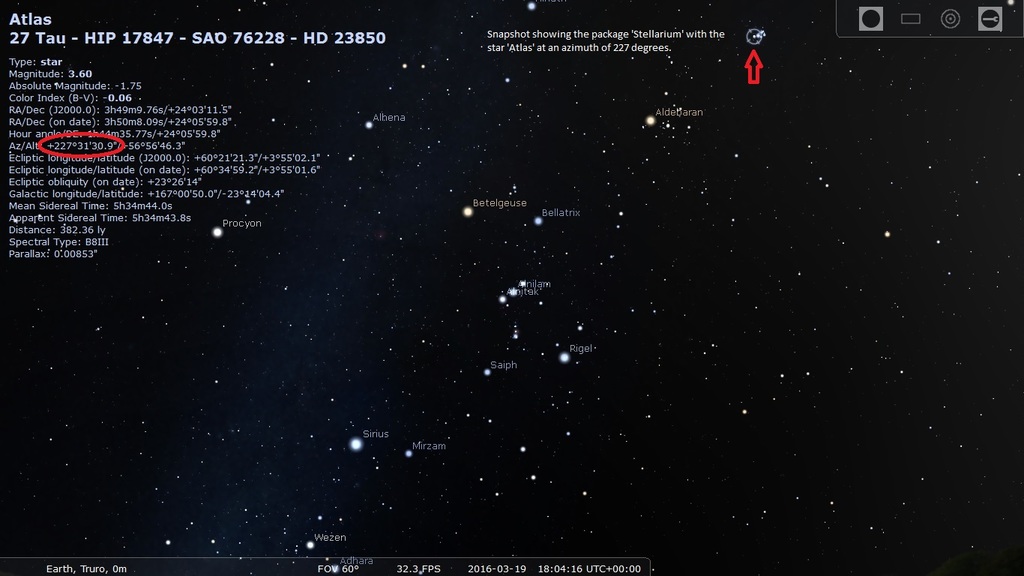 So as shown above, the star 'Atlas' according the Stellarium, is at an azimuth of 227 degrees.

My application is not so accurate and shows 'Atlas' with an azimuth of 229 degrees. Yet, according to Google Earth, Atlas currently has a azimuth of 102 degrees. The other main reason for posting this thread, is hopefully Yahushua knows how bad I feel at being unemployed where my talent is currently buried.

If Yahushua wants to help me, then I am sure He will show some positive feedback by getting someone to utilize this application or even the source code itself. I am quite willing to give the app away for free, just to allow Him to do whatever He wants to do with it.