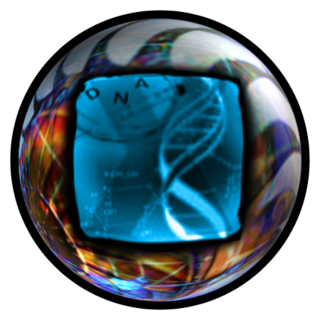 The Line That Got Crossed

"According to it's kind" is a major point made by the Creator as it pertains to the procreation of the creatures He made. He established a boundary between the species that would naturally make it an impossibility for inter-special breeding to occur.

The boundary is important... as interesting as the idea of a dog/rabbit may be, without such natural boundaries, His image, manifest in humanity, would ultimately be corrupted and destroyed.

In His angelic creation, the rule of boundary on procreation was simple... there was no need for any and there was to be none. No female counterpart was created to the angelic types.

It is frequently stated that Messiah said that angels were Unable to procreate... though actually this is not what He said, but rather that they Do Not (in reference to holy angels) - precisely because in order to do so they must break two laws... the law of kind after kind and the law of no procreation for their own kind.

The transgression of the 200 rebel Watchers violated these laws and brought into being creature types who were the product of various mixed unions.

The original hybrids... the Giants are the most notorious and tend to be what we think of first. These were giants in the extreme, no being on Earth since has reached the colossal proportions of the first generation giants... the "Titans".

The successive generations of Watcher hybrids were gradually smaller and by the time those genes were expressed post flood, the giants encountered by Israel were only a matter of a few feet (give or take) taller than the normal human being.

The introduction of chimera lines and non-Watcher angelic hybrid lines did not necessarily produce creatures of colossal size, but contributed odd traits such as feline-like facial features, abnormal skull structures, red hair, green eyes and a myriad of other anomalies which can still be seen in certain genetic groups to a greater or lesser degree.

Israel was commanded to eradicate a number of tribes which carried blood lines of non-human origin such as the Hittites, Girgashites, Amorites, Canaanites, Perizzites, Hivites and Jebusites.

Rephaim is sometimes mentioned as a tribe, although they are not a tribe, but rather Rephaim is a term that describes pre-flood nephil spirits who have entered into a body in utero to live successive physical lives... a phenomena which is called in modern occult society a "moon child", and explains to some extent a widely held pagan tradition of belief in reincarnation.

Israel was to, under no circumstances, take wives or give wives among these nations but they failed to follow orders. The blood lines which would have been wiped off the Earth have hence persisted and become the ruling minority of the great centers of power in the world today.

Seeing that the bloodline persists within the elite, it is ridiculous to assume it does not also persist in the general populace, since a great many US citizens alone can trace their heritage back to one or more family of the "nobility".

Many believers today like to play the "who is Israel" game - not wanting to take into account the impossibility of proving the pure lineage of themselves or anyone else in the world, some take a greater sense of worth from being able to connect themselves to a bloodline than to the cross.

For this same reason it is hard information in the ears of people to be told that there is an excellent chance that they carry some genetic trace of fallen angels. We happen to serve an Elohim, though, who seems to do everything opposite to what human nature tends toward, especially everything opposite those things that lend to personal pride.

He exalts the low... He brings down the high... He comes for the sick and the broken, not the well and the whole, He seeks the lost, not the found, He gives honor to servants and not to princes... He creates new creatures out of filthy downtrodden sinners... He does not spit-shine the self-righteous.

Blood itself resists mutation and so it is in a mysterious blood anomaly that hybridization can be traced. Though several traits which manifest in many people today are not original to humanity (blonde hair, blue eyes, red hair, green eyes, pale skin) these are simply phenotype traits that don't necessarily reflect a strong connection to a hybrid line... just Some connection... perhaps a relatively tiny one.

The Rhesus blood status serves as a much more accurate flag - indicating how closely tied one is or isn't to a hybrid family line. In the Majority of the world's population the rhesus status is positive... indicating the presence of a specific protein on the surface of red blood cells... this is the normal status of human blood.

Rhesus negative status becomes obviously anomalous to the human species where it involves reproduction... the second rh-positive child of an rh-negative mother is likely to be destroyed in the womb by the mother's own immune response, which treats the fetus as if it were a virus rather than her offspring.

The protein is specifically one that enhances the efficiency of cellular respiration... the very process whereby the "life" is contained in the blood. Two rh-negative parents often have a child who is born very low on oxygen in its first moments of life and as a result has a blue cast to their skin... known as a "blue baby".

Blue has long been held as the color representative of the world elite and they are readily recognized by the term "blue blood".