just wanted to post and mention that this is an exceptionally informative and provoking article.. thank you for including it.

"I consider the Unitarian or collectivist philosophy to be one of the more dangerous ones. This idea is founded on very ancient roots, but manifests in a very modern way to people who adhere to it. I call this the Religion for Junior Luciferians. Completely ignorant of why this concept exists or what its ultimate purpose in the world is, the people who believe in it are pawns of something much darker and more sinister than they could imagine...

"Those that have bought into either one of these ideas have done so in an outward attempt to be progressive, peaceful, more evolved, and unified in some idea of global brotherhood with all humanity. The tolerance to which these ideas owe their call to arms is typically turned inside out...

"These are truly brainwashed individuals... mainstream entertainment, news, political climate and nearly anything else you can name in society has driven this message into the subconscious of the masses. Truth is despised to the point of being called (insanely enough) non existent in an absolute sense. People are convinced of only relative truths, which is always more comfortable as one can dream up any "reality' they like...

"the Unitarian/collectivist needs to be shown what should be readily obvious to them, but isn't. Very simple examples of truth they can not change or deny... very basic level logic. Not having a grasp of a basic level of reason means that they can not possibly process a higher logic which deals with spiritual things. The aim is to not only illustrate that truth is whatever it is regardless of our wishes...but that ultimately the truth is Good News..."

Did they change every single manuscript on earth, including the Dead Sea scrolls?

It appears the author of that anti-Christian article are all up in the kool-aid and don't even know what flavor it is.. 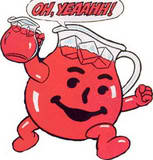 "Parts of the New Testament have been preserved in more manuscripts than any other ancient work, having over 5,800 complete or fragmented Greek manuscripts, 10,000 Latin manuscripts and 9,300 manuscripts in various other ancient languages including Syriac, Slavic, Gothic, Ethiopic, Coptic and Armenian." - https://en.wikipedia.org/wiki/Biblical_manuscript