Dogs and the Disarming of the People

"Dog Lovers Are Now Enemies of the State
Posted by Christopher Manion on April 19, 2012 10:07 AM
Clueless police seem to like intimidating the public by shooting the dogs belonging to the innocent citizens they're supposed to be protecting. In Tennessee, it took a federal jury to force the Tennessee Highway Patrol, kicking and screaming, to admit wrongdoing (the Cookeville, Tennessee police had already settled for $75,000) when a family's dog was shot "by mistake."
In the latest intimidation installment, "officer" (how he demeans the term) Thomas Griffin shot Michael Paxton's dog on Good Friday after Griffin trespassed on Mr. Paxton's property "by mistake," pulled a gun on Mr. Paxton, and then shot and killed Mr. Paxton's dog, Cisco.
Business as usual for Austin's finest, but the public didn't roll over and play dead. After 90,000 people expressed their outrage on Facebook, Austin Police Chief Art Acevedo was finally forced to pretend to apologize, but he didn't let his contempt for the public to stay hidden for long. He now blames a "mob mentality" for the massive wave of criticism of his department. That calumny, of course, gives Acevedo an excuse to call Janet Napolitano's black helicopters (now circling Chicago) and their heavily-armed thugs, undoubtedly  trained in Nisoor Square, to Austin to put the uppity masses in their place"
http://www.lewrockwell.com/blog/lewrw/archives/110242.html
This is, perhaps, not a topic that reaches our radar much. With there being enough crimes against people, crimes against pets by the Powers That Be can go unmentioned. I think there is harm intended for human beings, though, in what has become an offensive against dogs, particularly guard dogs.
We are all aware that the controllers do not want the masses armed. We have seen the evidence of an agenda to take guns away from people who have never been criminals and a trend headed toward all out disarming of the American people. Guns are not the only protective weapon a person can own though, they are perhaps the most efficient, but in the absence of a gun a dog might just be the second best thing.
A dog, like a gun, can be used for both protection and hunting. A dog can even do some things a gun can't. A trained animal can keep livestock and children safe, can help an otherwise dependent, disabled person be more independent and alert owners to danger when it is still far off.
County officials have demanded, for some time, that dog owners have their pets registered with their county. There is already a system in place for knowing who has a dog not unlike the one which lets the government know who has guns.
The media has done a good job in establishing the necessary fear in the public as it relates to dogs who are, by nature, the best at personal protection. These breeds are repeatedly reported on as being those who are unpredictable and vicious. The media loves an opportunity to report on each and every case of dogs of these types attacking people. Now it is the case that one needs only mention a breed like the "pit bull" to get reactions of fear and horror. People who have no basic understanding or experience with such dogs but who are swept up in the saturation of media with this type of information on them.
Bull breeds like the American Pit Bull Terrier, Stafordshire Bull Terrier, American Bulldog and American Stafordshire Terriers are all considered vicious animals by many states and counties across the country. In some locations they cannot even be owned, in others laws require liability insurance and other stringent rules be applied to them in order to be owned. Like guns, they are being taken away from the people through direct banning and over-regulation.
Even homeowner's insurance does their part to keep dogs with a capacity to protect life and property out of the hands of their policy holders.
Law enforcement are trained to have an unreasonable fear and distrust of dogs which has subsequently led to countless instances of officers shooting family pets who gave no indication of attacking them. They don't hesitate to shoot the animal in front of children, walk into closed rooms to find the family dog in order to shoot them or even shoot the animal while the owner is holding them.
There are hundreds of videos on youtube about family dogs being killed by ignorant or sadistic law enforcement. These are just three of them -
warning: graphic
As for the vicious bull breeds. Here they are: 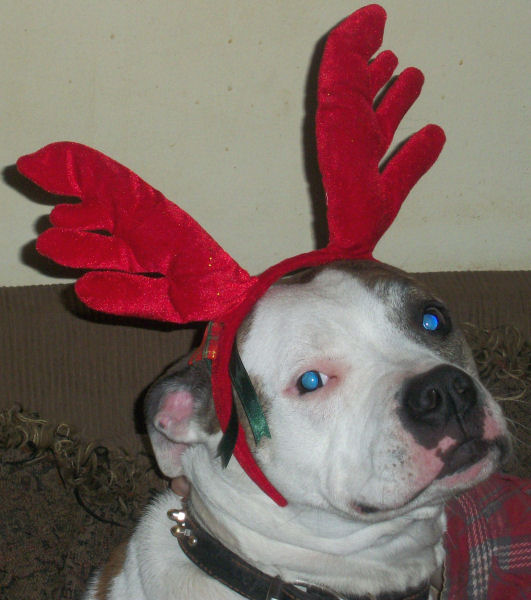 Link to an article which asks whether microchipping dogs should be mandatory.

Still respect law enforcement? Still believe they are "serving and protecting" you? Time to rethink that...

The video shows one of the most disgusting displays of cowardice and inhumanity i've seen by police....and make no mistake...if they are this lacking in courage and compassion toward an animal, they will do the same to a human.

I can't even recommend watching the video...i wish i hadn't, but it can be viewed at the website below...
http://www.dailymail.co.uk/news/article-2353347/Police-shoot-kill-R...

Leon Rosby, 52, was walking his dog and video-tapping a police scene when he was arrested for obstruction of justice
He locked his dog in the car with the windows rolled down, and while being arrested the dog escaped
A police officer shot the dog when it ran over to his owner
Rosby is now in the process of filing a suit against the police department for killing his dog

A video posted yesterday on YouTube shows the grisly shooting of a dog by a police officer in Hawthorne, California.

The 130-pound, 3-year-old Rottweiler named Max was shot to death after he escaped through a window in a parked car and ran over to his master, Leon Rosby, who was being arrested for filming the scene on his phone.

The video (watch original on YouTube) shows Rosby, 52, walking his dog Sunday around 7 p.m. near a house with several police squad cars parked outside.

He is seen filming the scene in order 'to make sure nobody's civil rights were being violated,' he told DailyBreeze.com.

Rosby is then seen talking to a pair of police officers in the distance.

Hawthorne Police Lt Scott Swain said that officers were warning Rosby to turn down the music in his car.

'It's distracting the officers. It's interfering with what they are able to hear,' Lt Swain said. 'It's not just a party call. It's an armed robbery call. The officers need to hear what's going on with the people being called out of the residence. That music in his car is bleeding over and it's distracting them.'

A neighbor who witnessed the event said they heard Rosby yell 'It's my (expletive) radio!' to officers.

But Rosby said that didn't happen because as a Christian he doesn't swear.

'I do apologize if I didn't immediately comply,' Rosby said. 'The music may have been a little loud but I was complying.'

'He literally killed my puppy I had since he was 6 weeks old,' Rosby said.

In the video, Rosby is noticeably upset.

Rosby doesn't understand why police didn't let him go to properly secure his dog, or why they continued to arrest him after he put the dog in the car - a sign that he was leaving.

'There was no way Max should have died like that,' Rosby said. 'Max was only protecting his master. He was trying to stop them from beating on me.'

my heart goes out to this man, as my childhood pet dog was also illegally gunned down by a local police officer for doing nothing wrong, just sitting in front of the store waiting for my dad to come out.

when they will gun down your dog, they'll gun down your wife and child without thinking twice as well. even the mafia doesn't kill puppies like that.  when gangster ethics supercede those of law enforcement, it's a crying shame and a sobering warning for the future.