On Tuesday, July 24th a circular wheat field pictograph showed up on the Lincoln County farm of Mr. and Mrs. Greg and Cindy Geib, near Highway 174, about five miles from the town of Wilbur, Washington, estimated population: 900-ish. 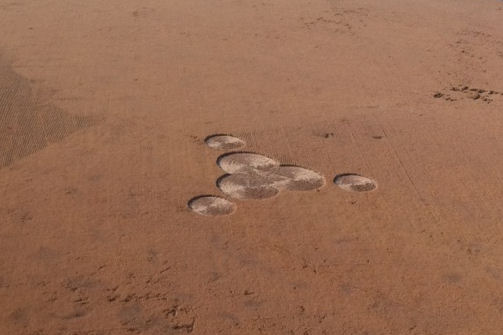 As many of the articles about the Washington state circle point out - this is not the first crop occurrence for the US, let alone for Wilbur, Washington, and from this recent US-based appearance we can trace back through time to view a few previous landmark cases which happened to be emblazoned here on American soil. 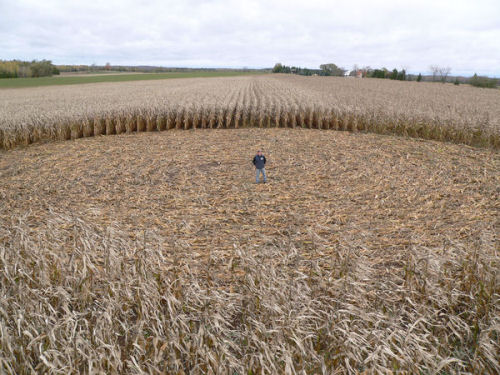 A Bark River couple and their son discovered a set of crop circles on their property Thursday. The circles appeared in a cornfield approximately one mile from the couple's home.

Farmer saw no footprints in or outside circles when found and states that plants in both circles were flattened counter-clockwise & close to the ground, with none broken in spite of extreme dryness of crop. (source)

A 49 ft. diam. circle flattened counter-clockwise, discovered at harvest. Farmer reports no evidence of footprints in or outside circle when found and no broken plant stems. BLT fieldworkers measured no variation from background radiation (15 clicks/min.) but registered erratic bursts of magnetic & DC electric fields inside circle only. (source) 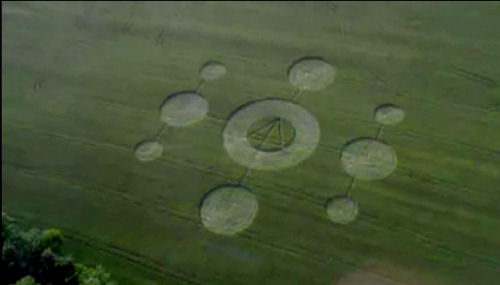 A mechanical-looking formation found in the same field & nearly the same location (& with a very similar design) as one found here in 2007. (source) 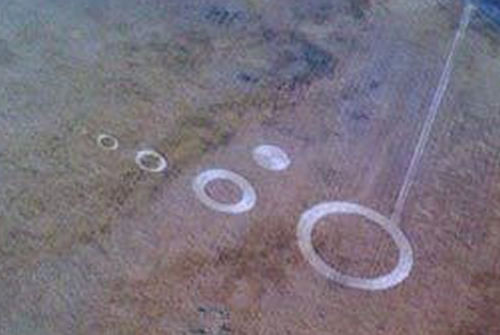 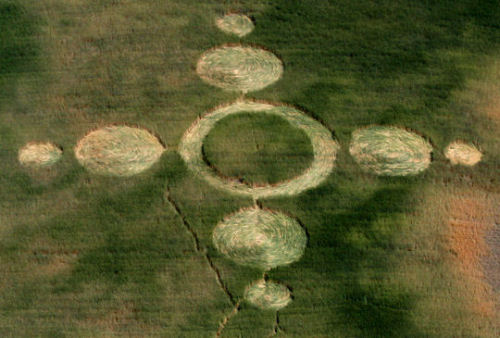 "On July 1, the National UFO Reporting Center was contacted by a resident of Lincoln County, Washington, informing them that a crop circle had been discovered in a field of wheat just outside Wilbur, Washington.

"The crop circle was first witnessed at about 3:00 p.m. on Wednesday, June 28, by two gentlemen who were driving back roads, inspecting the standing crop of wheat. One of the two witnesses works for a local agricultural chemical company, and the other is a local wheat farmer." Peter B Davenport, Director of the National UFO Reporting Center of Washington State, stated in an email interview.

By the time NUFORC arrived at the scene to investigate the appearance, an undetermined number of residents had already visited the scene and had created two or more paths leading to the crop circle.

The Crop Circle is approximately 150 feet long and 150 feet wide. The wheat has been flattened in a counter-clockwise fashion in both the large central ring and the eight outlying circles.

It is reported, but still unconfirmed by UNFORC, that a local resident photographed an unusual object (via his cell phone camera) which he observed hovering near him. There is also word of another resident witnessing a flash of light in the general vicinity of the crop circle on Thursday night.

Members of a family who live just to the southeast of the formation claim to have seen either a flash of light or a light that seemed to scan the area where the crop circle appeared. This report remains unconfirmed; NUFORC has not yet interviewed the family. (source) 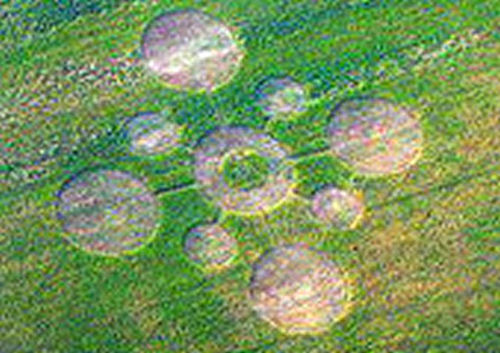 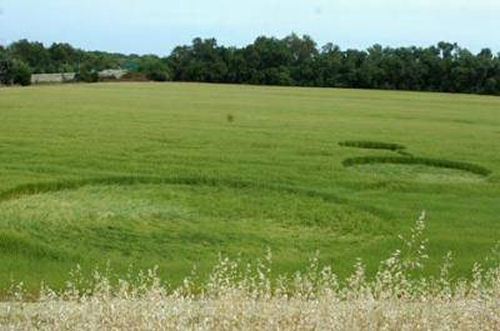 A crisp 3-circle “thought-bubble” design, all plants laid counter-clockwise; expulsion cavities and bent (rather than broken) plant bases were found. Deviations in magnetic North were reported & one investigator’s compass needle reported to spin “all over the place” in the circles. “Disorientation” also reported inside the circles. (source)

Three crop circles could be seen in the field across the street from Helser Chevrolet on Adobe Road in Red Bluff Friday. Red Bluff police said they were aware of the circles but had not received any calls on the matter and were not investigating.” (source) 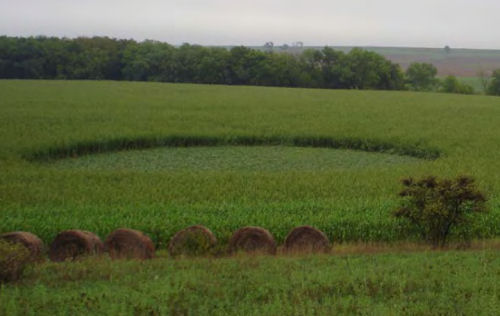 This first picture taken by the Ackerman’s is notable for several reasons: (1) the photo clearly shows that there are no tracks leading out to the crop circle; (2) there are no tramlines or sprayer lines in the field to give access to potential hoaxers; (3) it shows the proximity of Plum Creek (which flows underneath the highway bridge to the right of the picture); and (4) it shows the proximity of two sets of

powerlines (on both sides of the highway).

Besides this photo, we also have photos from the Wallace family (the landowners) taken later the same morning, and from the local newspaper, The Beloit Call, all of which were taken before anyone had tracked out through the tall, thick crop to get to the circle

The Ackerman’s also noted that the circle was not there at sunset on Friday, and also that their daughter had stayed up late until 3 A.M.

with a friend on Friday night/early Saturday morning, and no one in the house saw or heard anything unusual during the night, but tha the circle was there at dawn. (source) 176 ft. diameter circle with a generally counter-clockwise lay (but with a distinct radial splay in one section).  First formation reported to BLT in the Blue Ridge area.  Not in field at 8:30 pm the night before, no tracks seen into circle next morning; lay reported very “tight” to ground when first found. (source)

Farmer had been planting tobacco in a lower section of this field until 8:30 pm Saturday and, when he left, no circle was present. The following morning was "Decoration Day," a day when local residents routinely visit their cemetery to tidy it up and place fresh flowers on the graves.

Residents arriving at the cemetery discovered the circle across the road from the cemetery, up near the crest of the ridge above the tobacco field. Farmer and first visitors to the circle report no tracks or footprints leading into, or near, and state that the lay of the crop was very tight to the ground. (source) 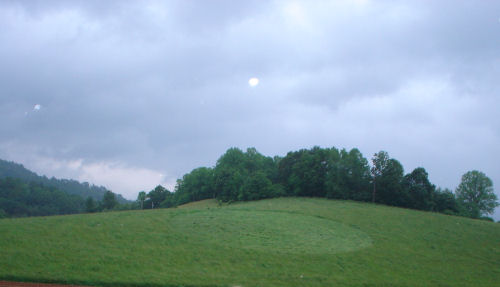 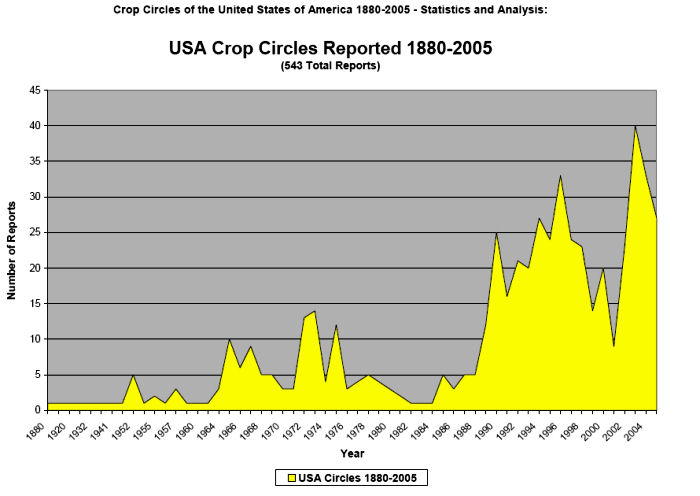 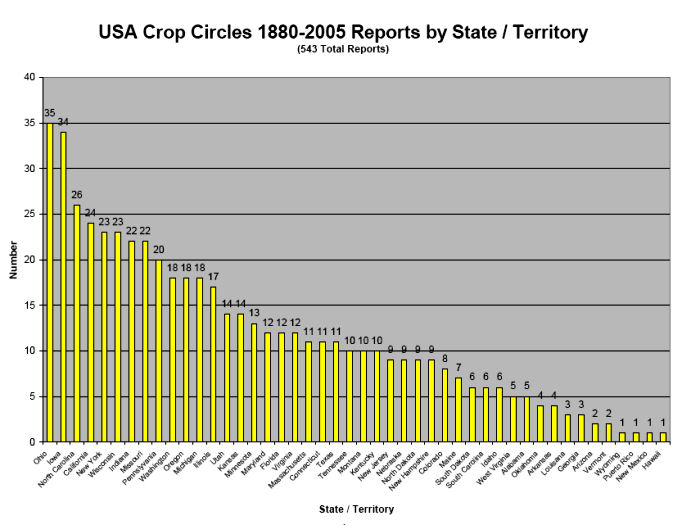 By 2005, Ohio had the greatest number of reported formations, at 35, and has had several more since '05... Formations with authenticity markers are shown by the yellow points.  (source) 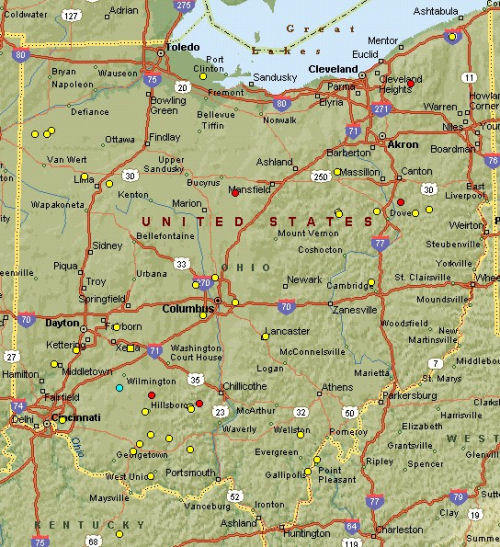 Hopefully you have enjoyed this short journey back to the past of Crop Circles in America.

Hypotheses about the origin of Crop Circles encompass such a galaxy of differing ideas; but, much like the countless notions about our Creator, interestingly, there is one common theme: People think crop circles originate either from terrestrials, or from extra-terrestrials, just like people think humanity's origin was either Earthly or Heavenly.

As believers on Yahushua, we know the Creator is Heavenly, and has a host of holy angels at His command.. we also know that there is an unholy host of fallen extra-terrestrials in the form of unclean spirits.. fallen angels, demons and the like, and that There may be a time coming soon where believers on Yahushua are asked to choose loyalty between one extra-terrestrial and the other, so to speak.

And ye shall be hated of all [men] for my name's sake: but he that shall endure unto the end, the same shall be saved... For false Christs and false prophets shall rise, and shall shew signs and wonders, to seduce, if possible, even the elect.  But take ye heed: behold, I have foretold you all things... Heaven and earth shall pass away: but my words shall not pass away... (Mark 13)

Ohio is quite the state isn't it? Many spiritually sensitive people report the feeling of a "veil" coming down as they drive into it. It's known for those interesting mounds attributed to native Americans and quite a bit of "UFO" activity as well. 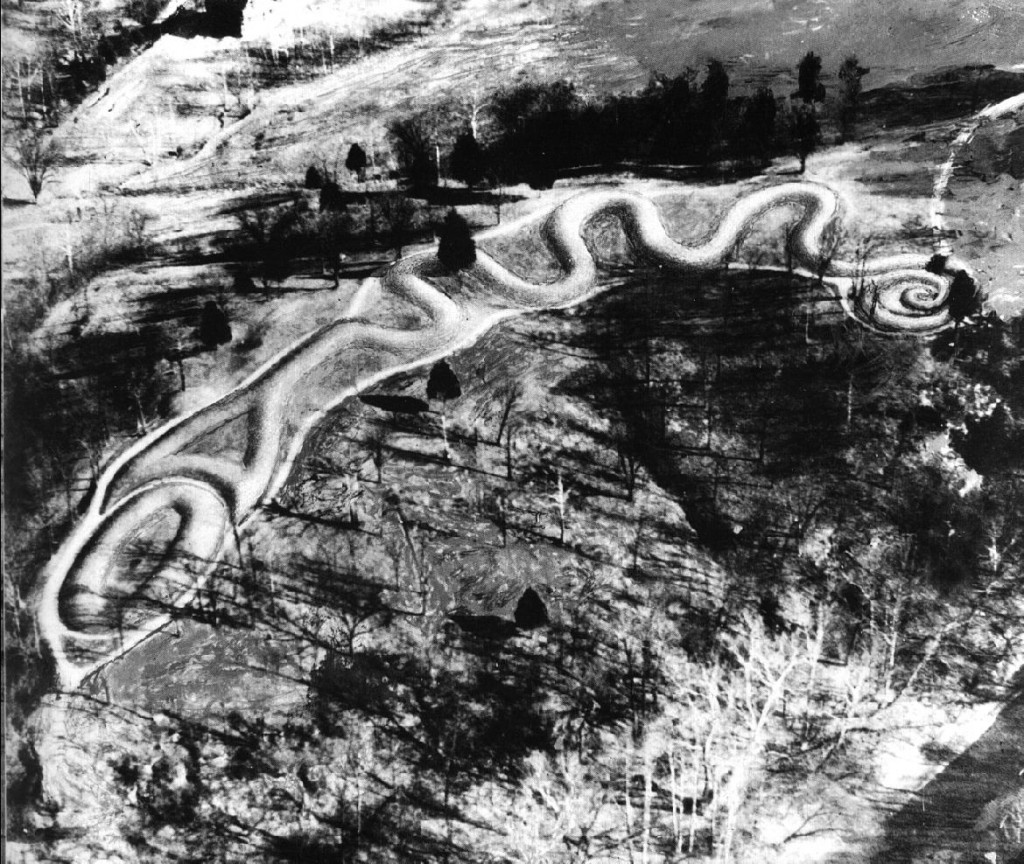 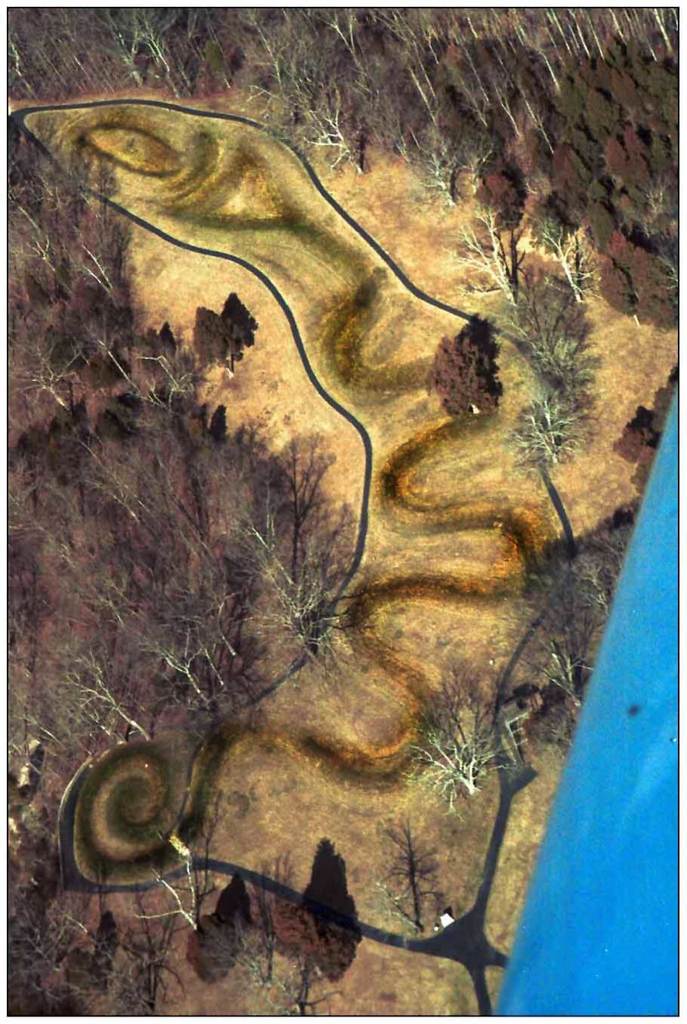 i think at some point all of today's unsolved mysteries will be tomorrow's unveiled histories..